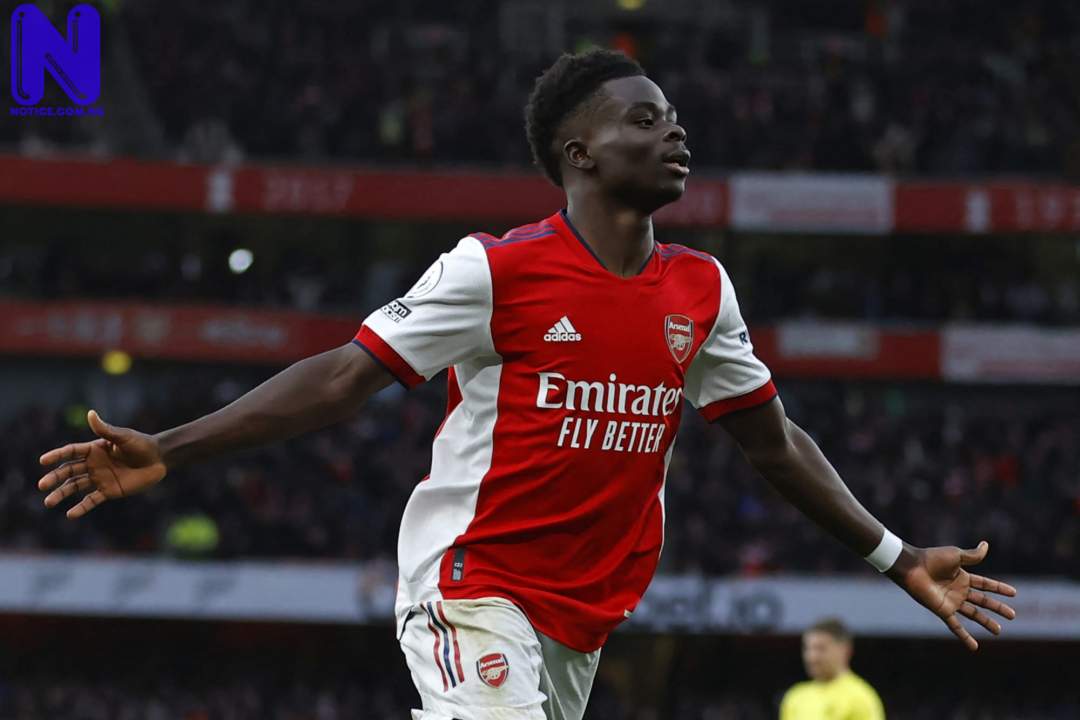 Arsenal star, Bukayo Saka has mocked Tottenham following the Gunners’ 3-1 win over Antonio Conte’s side in the Premier League on Saturday.

Saka told Tottenham after the game that Arsenal ‘run this place'.

Ahead of Manchester City’s clash with Manchester United on Sunday, the Gunners now have a four-point lead at the top of the Premier League.

Goals from Thomas Partey, Gabriel Jesus, and Granit Xhaka gave the home side a 3-1 win over their North London rivals.

Saka reminded Tottenham of who, for now at least, is the dominant force in North London at full-time.

“WE run this place!” Bukayo Saka tweeted after the game.