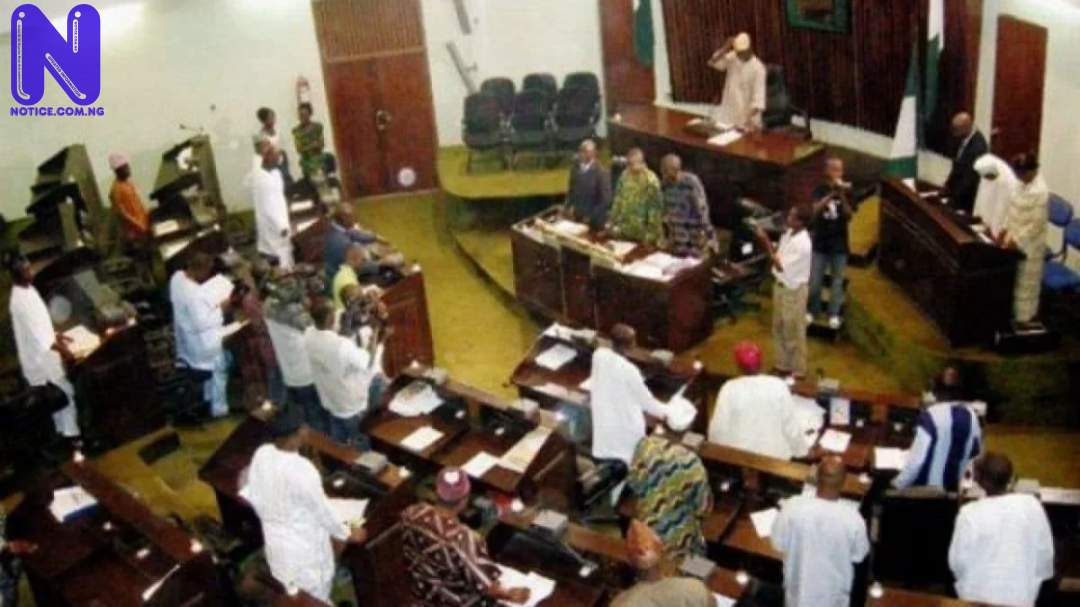 Some workers at the Ogun State House of Assembly said they are being paid between N12,500 and N15,000 as salary every month.
Press gathered that no fewer than 53 persons are receiving the paltry sum as take-home monthly.
The workers said they joined the Ogun Assembly years ago as casual workers, with the hope that they might be incorporated into the civil service.
Our correspondent gathered that the casual workers, a number of whom are graduates, have worked at the assembly complex for at least, six to 10 years under the status, yet there is no hope of granting them permanent employment by the Ogun House of Assembly Service Commission.
In spite of their academic qualifications, many of the workers have been serving as cleaners, drivers, security guards, personal and office assistants, it was learnt.
“Despite our status at the Assembly and the poor pay, a large junk of day to day jobs depends on us,” a casual worker said.
Our correspondent confirmed that the list of the said workers, indicating their names, duty posts and the amount being paid is pasted on a notice board at the Assembly complex.
According to them, the management of the Assembly was not concerned about their job status despite several pleas for conversion into the civil service.
“We are helpless. I have spent seven years on the casual worker status already and there’s no hope. The Ex-Speakers know about our plight, but they did nothing.
“The incumbent Olakunle Oluomo has also been silent about our issue. We are just being used as modern slaves. We are working everyday without pension. We collect N12,500 and a few are paid N15,000 monthly. There is no pension, so there’s no plan for our future.
“We hope Governor Dapo Abiodun can do something about our issue. People who have not served as casual workers are being recruited, why is our case different? We already have the experience,” they cried out anonymously.
Confirming the report, the new Chairman of Ogun State House of Assembly Service Commission, Hon Waliu Taiwo said the plight of the casual workers was discussed during the inaugural meeting of the Commission.
“I cannot say exactly what we are going to do. But we have to address the issue. We are still studying the situation,” Taiwo assured.
While reacting to the development, Ogun NLC Chairman, Emmanuel Bankole described ‘casualisation’ as modern slavery, saying it is unacceptable.
Bankole promised to engage the leadership of the Assembly towards absorbing the workers fully into the civil service.