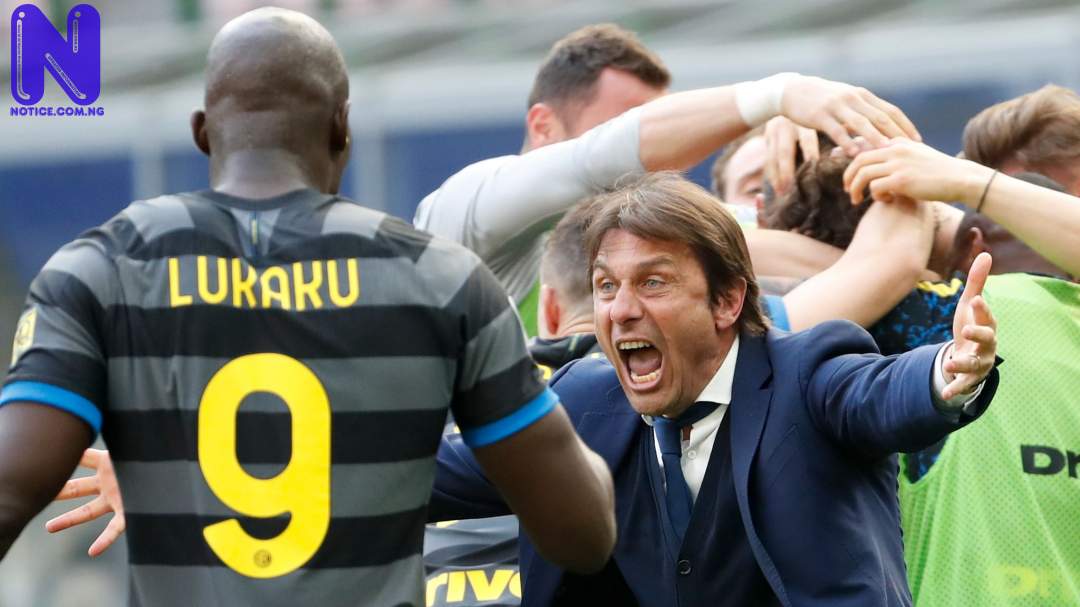 Conte’s men put one hand on the trophy with a 2-0 win over Crotone on Saturday, but Atalanta’s 1-1 draw against Sassuolo on Sunday ensured the Serie A leaders retained an unassailable 13-point cushion with four matches to spare.

Speaking to 90 Minuto on Rai 2 after Atalanta’s draw with Sassuolo, Conte said, “We’ll go to sleep tonight very happy with what we have achieved. We are happy for us, for the people who worked to get Inter back to winning ways, for the fans. We will certainly feel more relaxed now.

“I put it among the most important successes of my career. It was difficult because it was not an easy choice for me to come to Inter, during a time when the team was certainly not competitive or had the resources to achieve something important.

“Plus, I was going to a club that is rivals with Juventus, where I played for many years, and who were dominating the league. There were many negative situations that I was going into.

“Instead, I accepted the challenge with great eagerness, and I think the hard work repaid all those sacrifices.”

“I think the worst moment was when we went out of the Champions League, when the criticism we received was perhaps excessive,” Conte added.

“It wasn’t easy, we had a group of lads who were not accustomed to winning. We did well to come together and take the criticism so we could become even stronger.

“What took us to victory was that these players trusted me. I showed them the way, and they trusted me completely. In the end, we found the path.”