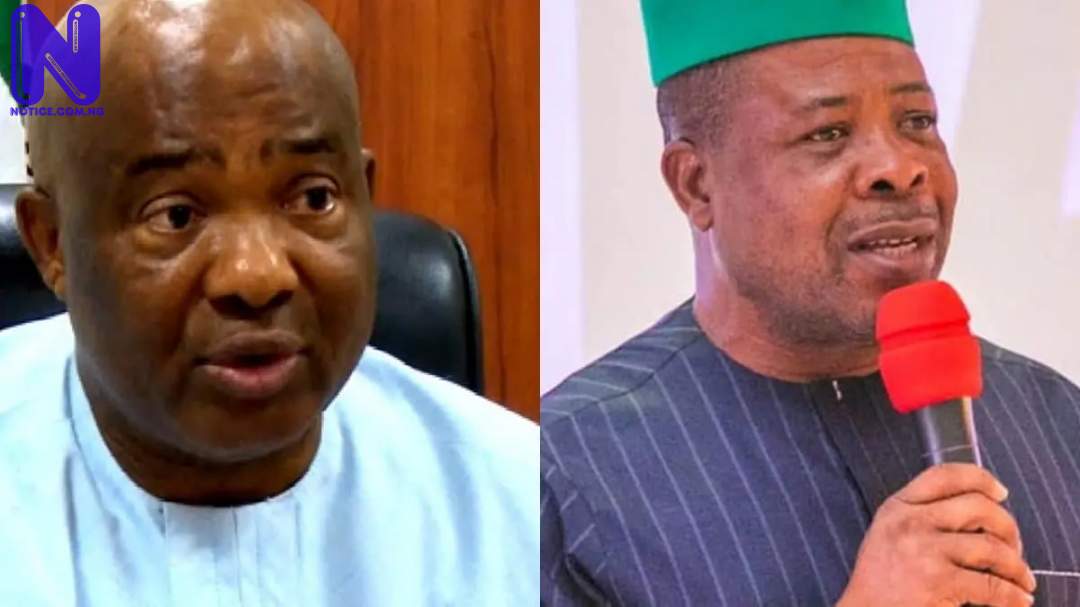 Senior Pastor of Awaiting The Second Coming Of Jesus Christ, Adewale Giwa has said that he was not surprised to see the fulfilment of the prediction by Revd. Father Ejike Mbaka that Hope Ozodinma would be declared Imo Governor by the Supreme Court.

Giwa described Mbaka as a partisan prophet, adding that he must have got the hint of the judgement before speaking.

He said this in a statement he signed and forwarded to Press on Wednesday.

He said, “When a partisan prophet speaks, we surely know who gives him the hint. This is a concluded deal among them.

“Is it not the same prophet who enters Aso Rock, wining and dining with the president? We know where they all belong. Check my record, I stand by the truth at all times and the truth will eventually prevail in Nigeria.

“Is there any difference between the previous ruling party and the present political party now? Hypocrisy is everywhere!

“May God deliver His people from the wicked and He shall let the righteous rule the nation, Nigeria.”

He advised those who enjoy inflicting pain on Nigerian People to ‘turn a new leaf’, saying God had prepared to fight for His people.

Giwa, while expressing concern on the political and economic issues of the country, wondered why some politicians would deliberately stress Nigerian People out.

“God hates injustice, He hates oppression. I advise those who enjoy inflicting pain on the people to stop, henceforth.

“If they fail to repent, God will expose and put them to shame and scatter their bones.

“He who mocks the poor taunts his Maker; He who rejoices calamity will not go unpunished, As stated by Proverbs 17:5,” says Giwa.