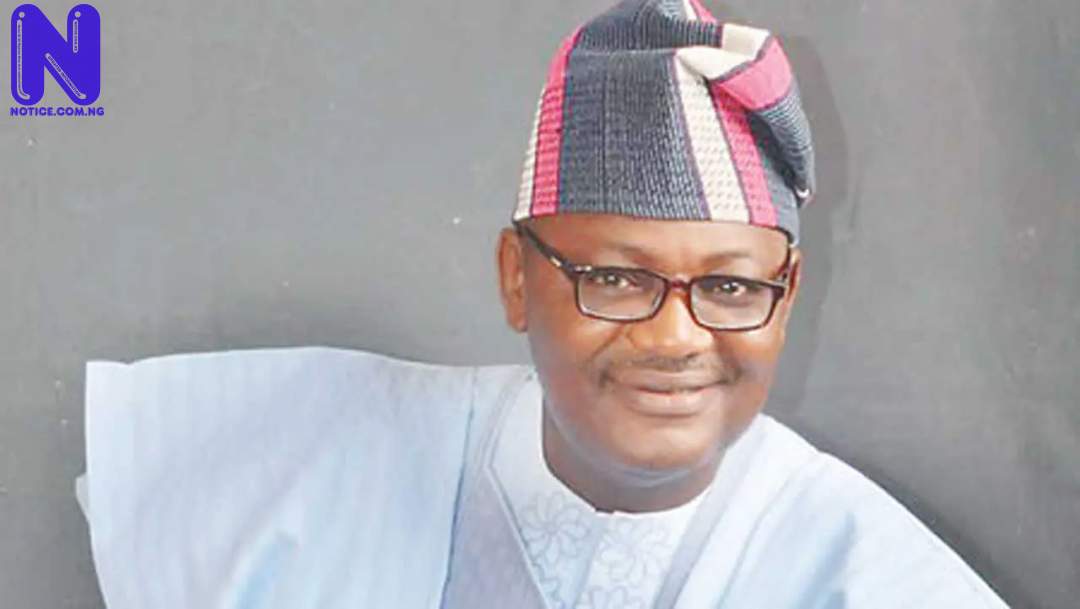 Reactions have been trailing the defection of the Governorship Candidate of the African Democratic Congress (ADC), Gboyega Nasir Isiaka, into the ruling All Progressives Congress (APC) in the state.

Press recalls that Isiaka, fondly addressed as GNI, was on Tuesday received into the APC fold by Gov Dapo Abiodun of Ogun.

But some ADC leaders said they have not defected with the three-time governorship candidate into the Dapo Abiodun faction of the APC.

Press observed that Isiaka’s defection has split the ADC across the state, even in Isiaka’s Imeko-Afon Local Government, as some leaders and members of the party refused to defect with the gubernatorial candidate.

It was earlier reported that some diehard supporters of the Investment Banker have deserted him over his decision to move to the APC.

While some are said to have defected into the Peoples Democratic Party (PDP), others who remain in the ADC are yet to decide on their next political move, Press learnt.

Speaking, Isiaka’s ADC Ward Chairman in Imeko, Amuda Olaleye, informed that he is still in the ADC.

Olaleye, who spoke in Yoruba (Imeko dialect) said on Thursday that, “I didn’t defect to anywhere, As I speak I am still in the ADC. Isiaka told me he will be defecting and I told him bluntly that I won’t be defecting with him.

“Even if I want to defect to APC, I will seek another better person’s link and not through him. I have followed him three times and I have stopped. If one will walk with a person, he should work with a better person.

An anonymous source told our correspondent that the only House of Representatives member, Hon. Olaifa Aremu and the three House of Assembly members delivered by the party had refused to defect with Isiaka.

It was also gathered that the ADC Chairman in Isiaka’s Imeko Afon Local Government, Hon. Kayode Elegbede did not defect as well.

in spite of that, while some APC members were happy with Isiaka’s defection into the party, others have been expressing misgivings.

There are some who have been alleging that GNI and his supporters are coming to shortchange them or strip them of political appointments that should come their way, especially at the federal level.

The immediate past Councilor at ward 11 in Abeokuta South, Hon. Ali Ekundayo, accused Isiaka of jumping from one party to another; saying he was defecting out of his “personal selfishness” with the sole aim of securing a federal appointment.

“He has defected out of his personal selfishness with the main focus of securing federal appointments meant for original party faithfuls.

“You can’t expect me to be happy, after being in this party for 10 to 15 years and some people will just come and cart away all that we have worked for. Well, let us wait and see if God will allow them.”

Also, Aina Jaji, a longtime member of the APC in Ogun State said, “I am not perturbed if this is happening now. It only tells us the kind of politics we play in this part of the world. It all bothers on morality and integrity. After contesting three times in three different parties, he is now coming back to APC? What an aberration!”

But Isiaka, before his official defection, said he and his Believe Movement members did not form an alignment with Gov Dapo Abiodun of the state to get political appointments.

But Gov Abiodun, while receiving Isiaka on Thursday, assured him and his followers of political appointments and other entitlements as APC members.

Abiodun disclosed that some appointments have been kept for them, even before their arrival into the party.