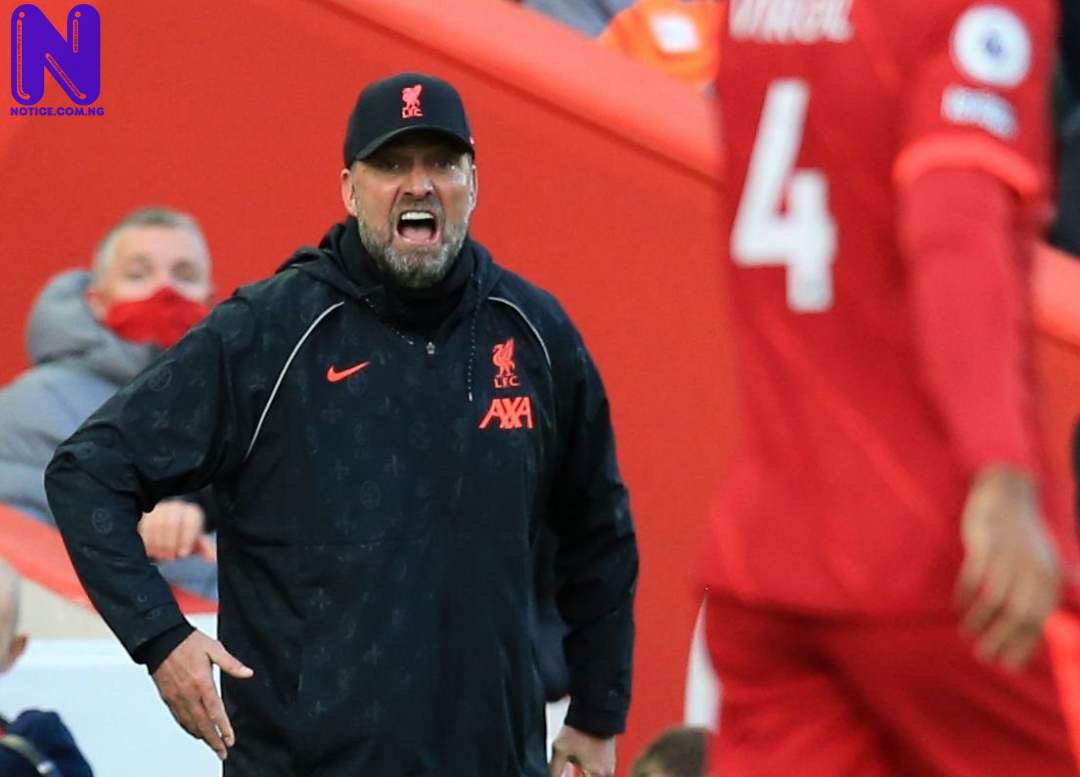 Liverpool manager, Jurgen Klopp, has said his team were “completely upside down” in their 2-2 draw with Fulham on Saturday.

The Reds opened their Premier League campaign with a draw at Craven Cottage.

Klopp’s men needed a debut goal from substitute Darwin Nunez and Mohamed Salah’s 80th-minute strike to come from behind twice and cancel out Aleksandar Mitrovic’s brace.

DO YOU KNOW >>> Oshoala revels in battles against tough opponents - UWCL

When Klopp was asked how frustrated he is by the performance, he said: “You want to know on a scale of one to 10? 12. Very, very because the performance was a defeat. That’s why we have to figure it out.

“The results are very important for us, obviously. I’d love to get three points but I would have loved much more to play really good to be honest. We didn’t do that.

“It is my responsibility to find out why we played last Saturday a surprisingly good game for the moment we were in pre-season and seven days later we look like we are completely upside down. That doesn’t make sense. I speak to you now but I’m actually only thinking about that.”


READ ALSO >>> I like him a lot - Liverpool coach, Klopp on Arsenal star - EPL