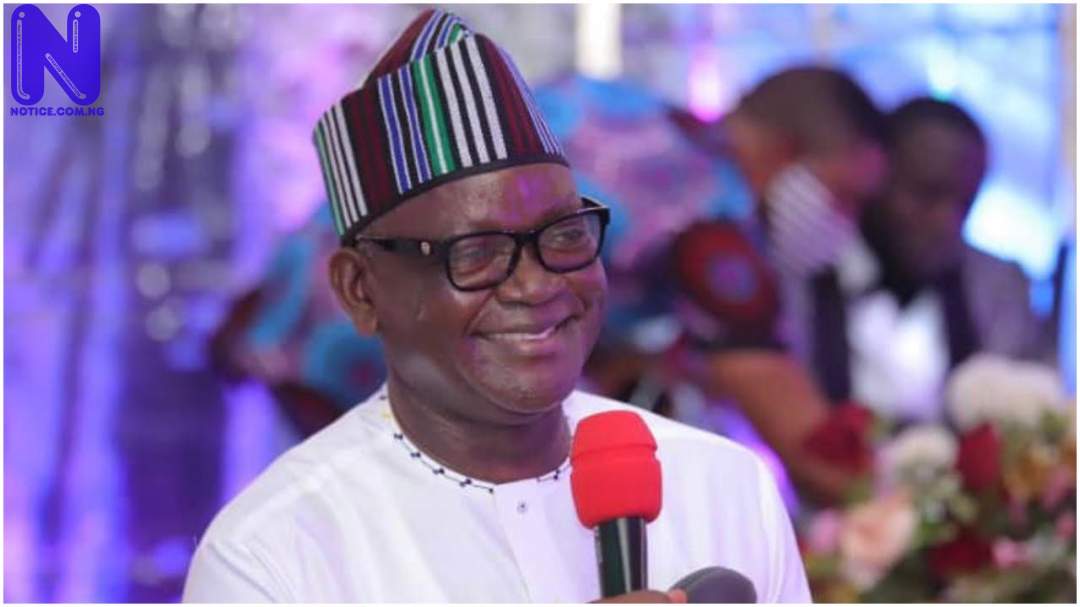 The Middle Belt Forum (MBF), has expressed delight with what it described as “the indelible footprints” of Governor Ortom on the nation’s political sands.

The forum said it watched with keen interest the interview by Dr. Ortom and that he made no pretence over the real problems confronting Nigeria.

The forum in a statement issued by its President, Dr. Pogu Bitrus, said, “The attention of the Middle Belt Forum (MBF) has been drawn to the gabble of a response signed by the presidential spokesman, Mr. Garba Shehu, over the interview granted to Channels Television on Tuesday by His Excellency, Governor Samuel Ortom of Benue State.

“After a careful review of the interview and the 10-paragraph response issued by the presidential spokesman, the Forum is shocked at the twaddle response issued by the presidency. It is irrefutable that while the Benue Governor came out speaking truth to those living in self-denial, we find it incompressible and strange on why Mr. Shehu refused to speak on issues raised by the governor but resorted to accusing Dr. Ortom of attempting to incite genocidal attacks against the Fulani. It is either the presidential spokesman is incapable of comprehending the content of the interview or he was simply being simply mischievous or both.”

The forum noted that true to Gov. Ortom’s character, the Governor has never left anyone in doubt as to his position on national issues, especially on matters relating to matters of insecurity and the urgency required in tackling the myriad of tragedies ripping across Nigeria caused by killer herdsmen.

The statement, “Unlike some state chief executives that would prefer to remain silent in the face of existential threats, Governor Ortom has always identified with his people.”

It added, “In our democracy that is fraught with subdued silence for fear of higher political forces, Governor Ortom remains a symbol of hope for a nation whose democratic leaders have remained impotent in speaking out against unprovoked murders and premeditated decimation of communities in the country, especially in the Middle Belt Region.”

The statement said it rejected in totality Mr. Shehu's unfounded accusations that Ortom's interview is capable of inciting genocidal attacks against the Fulani, saying that with the record of being a friend to many Fulfulde-speaking people, Dr Ortom has never borne any form of hatred towards anyone on account of their ethnic and religious identity.

Contrary to insinuations from certain quarters that are promoted by some ill-informed presidency officials like Shehu, the forum noted that the Governor is known to have employed Fulani to work in his ranch just as some of his best friends are Fulani, with their friendship spanning over decades.

It stated that as the Governor rightly declared when he celebrated his birthday in April 2021, it said he has never hated any Fulani man who is in love with peace, but he has consistently opposed killer herdsmen that are mostly from foreign countries who destroy communities and turn the country into killing fields.

“When Mr. Shehu described Governor Ortom as an instigator of genocidal attacks; he was simply attempting to give a dog a bad name in order to hang it,” the forum lamented.

The forum said it is not unaware of plans to instigate an unmitigated crisis in Benue State with the sole intent of forcing the Federal Government to declare a State of Emergency in the State, stressing that it is totally opposed to such a planned move that is being orchestrated by some deceitful and wicked elements in order to throw Benue State into a state of unprecedented violence.

The MBF warned those behind the reprehensible plot to desist from carrying out such dastardly machinations as the Forum is fully identified with the patriotic zeal of Governor Ortom whose commendable strides have given hope to not only the state citizens but other Nigerian People living in the darkest period of the country's history.

It noted that the Presidency must protect the rights of Nigerian People to express divergent opinions as necessary ingredients for the deepening of the country’s democracy, saying that the planned review of grazing reserves and routes as directed by President Muhammadu is a violation of the Land Use Act that exclusively gives governors the right to hold lands in trust for state citizens.

The forum stated, “For Governor Ortom whose political path has been symbolised as a metaphor for astuteness and deft political moves, he has emerged as the voice of the voiceless and one whose struggle is predicated on the enthronement of equity and justice for ethnic nationalities in Nigeria, especially in the Middle Belt Region.

“As someone who is in his second and final term as Governor, the presidency needs to be reminded that Dr. Ortom remains a popular political leader in Benue State, and that it was that popularity that earned him a second term despite ploys by the All Progressive Congress (APC) to truncate his comeback bid in 2019. That he is still the Governor of Benue State today is a clear demonstration that he carries the flame of overwhelming acceptability that was freely given through the ballot by the electorate in Benue.”

The forum noted that against the backdrop of genuine and excellent performance of Governor Ortom in the last six years plus, the presidency must stop painting Dr Ortom in a bad light in order to portray him as the problem.

“In a democracy like ours, the silence of Governor Ortom amounts to encouraging forces of evil that are committed to unleashing devastating attacks on our people in the Middle Belt,” the forum stated.

It advised that Buhari must be told that his actions and inactions are the major instigators of genocidal killings, adding that the government should raise and deal with demons of terror decimating our communities and unleashing coldblooded murders on our innocent citizens.

“Buhari should recall his attack dogs from the trenches and halt the hate-filled propaganda targeted at Governor Ortom,” the forum explained.