We are prepared for productive partnership with NASENI – Abia’s Ikpeazu 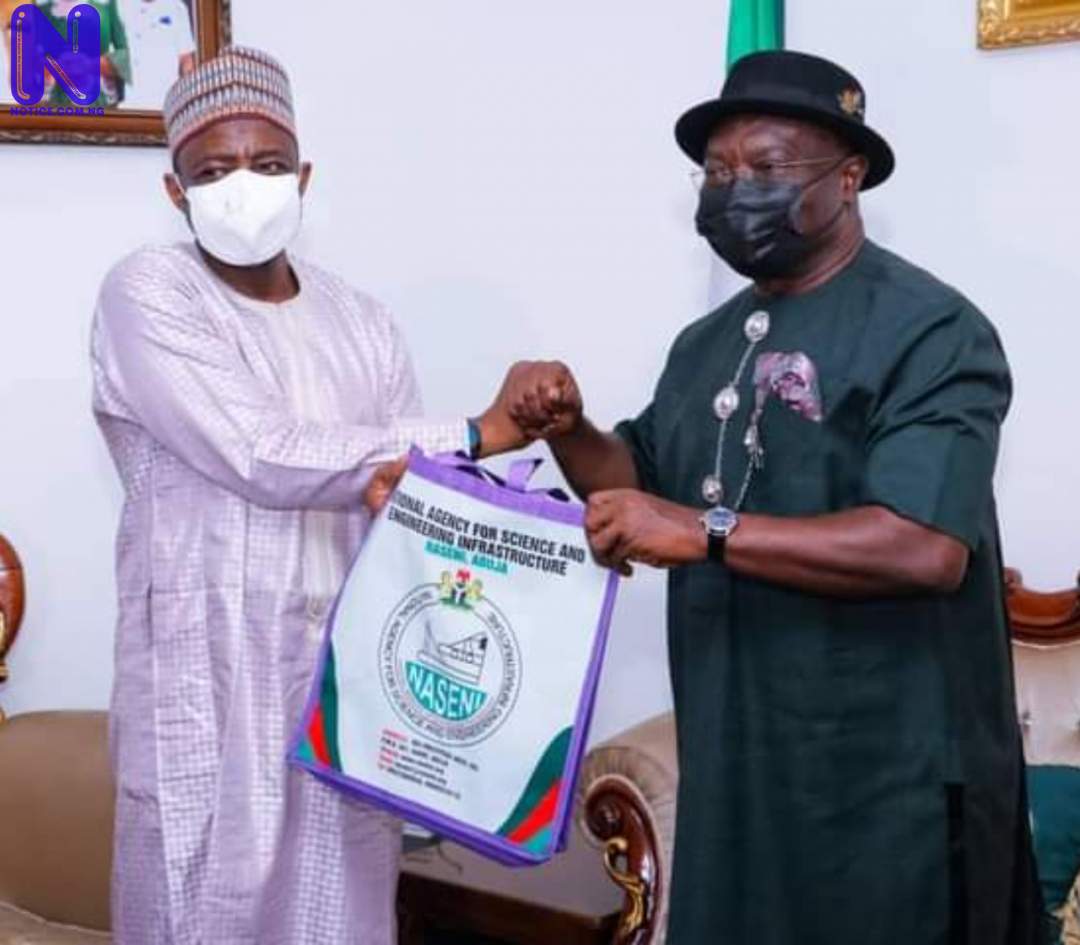 Governor Okezie Ikpeazu of Abia State says that his administration is prepared to forge productive partnerships with the National Agency for Science and Engineering Infrastructure (NASENI) to create an ecosystem for the harnessing and development of the productive capabilities of the people of Abia State.

The Governor stated this on Tuesday, at the Governor’s Lodge, Aba, when he received in audience, the Board and Management of the agency led by the Executive Vice Chairman/Chief Executive Officer, Engr. Professor M S Haruna.

Ikpeazu made it clear that only path for the economic survival of the country was to embark on an aggressive development of local production of goods and services, and a deliberate national policy for the compulsory consumption of locally produced goods.

He added that with the fading prospects of crude oil globally, Nigeria must take hard decisions in this direction.

Governor Ikpeazu expressed delight that NASENI has led the way in the nation’s quest for development of indigenous technology through in country fabrication and production of various kinds of goods.

The Abia Chief Executive was particularly delighted that NASENI placed top emphasis on capacity building for their staff in the area of technology transfer and exposing her staff to world class training beyond the shores of the country.

He assured the NASENI team that he will stand in support of the full implementation of the enabling Act of the Agency including the proposed funding structure of devoting 1% of the Federation Account to the Agency to enable it have enough funds for its activities.

The Abia Governor also assured them that his administration shall be committed to critical collaborations with the agency in the revival and deployment of the abandoned Metallurgical Complex Aba by the Agency as a center of excellence in local engineering.

He also assured the team that the State Government will be willing to provide additional facilities to the agency for the construction of training centers in the State.

Speaking earlier, the Executive Vice Chairman and Chief Executive Officer of NASENI, Engr Professor M S Haruna told the Governor that they were in the State to seek areas of collaboration with the State Government especially in the areas of development of local technology and manufacturing.