We are hungry — Osun retirees shut down Government secretariat, protest nonpayment of entitlements 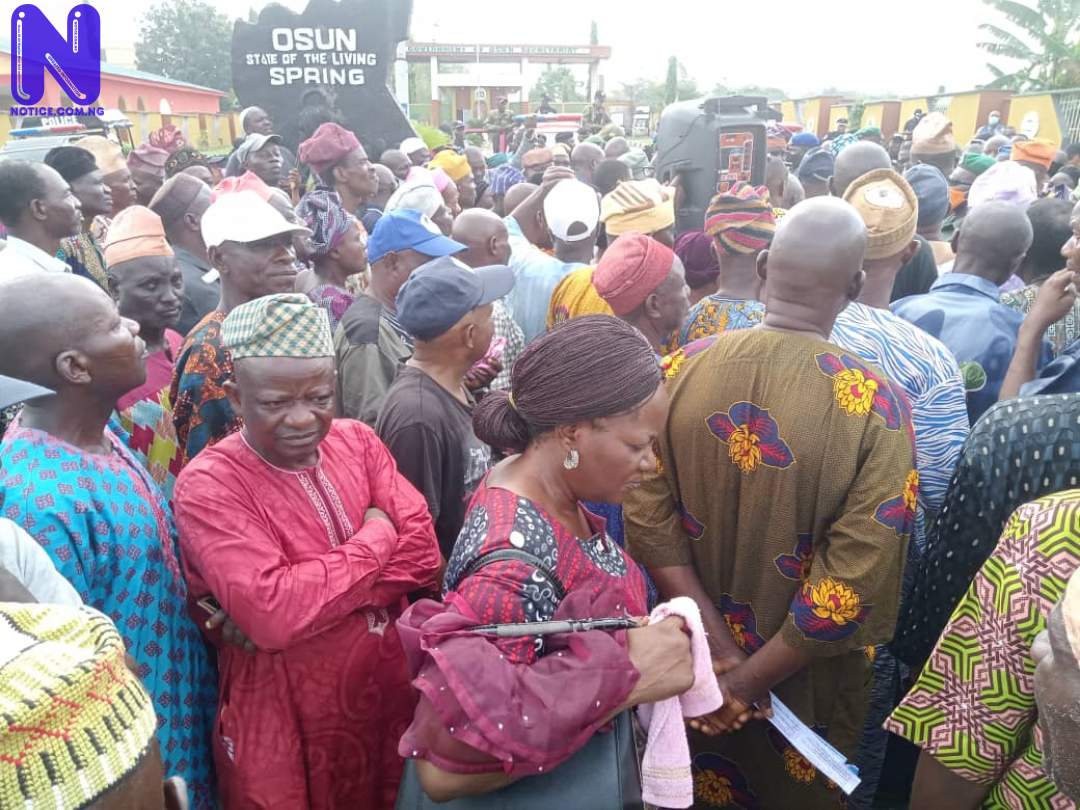 Pensioners in Osun State have shut the state government secretariat in Osogbo, the state capital, protesting over non-payment of their gratuity and pension since 2016 till date.

They also demanded for over 15 months half salaries owed by the state government.

Also in September and October when the state government released N708 million and N300 million to offset pensions among passive workers in the state and to pay pension arrears of 1,501 retirees respectively — the pensioners, in spite of that, protested, saying many members of the retirees were yet to be paid in the last six years, hence the money was inadequate.

Recall that Osun government on Monday announced the release of N708 million for pensioners in the state.

The protesters are primary and secondary teachers retirees since the previous administration Rauf Aregbesola owed the pensioners under the Contributory Pension Scheme.

Some of the placards read, "Gov. Oyetola, Stop this lying and fake promises. Pay us our money,”, "we are dying of hunger", "Masses, help us we are dying", "Dead people cannot enjoy infrastructure", among others.

Speaking, one of the protesters who addressed journalists, Adebayo Michael, accused Governor Oyetola for refusing to pay their entitlement and still embarked on big projects.

He hinted that they would continue to protest until their plights are considered.

He said, “We will continue to protest until the state government responds to our demand. We worked and contributed to this state so we can have our contributory pension.

"Nobody or party is bankrolling us against the government. We are concerned about our money. Hunger forced us to the street to embark on a protest.

"We have people in Ibadan, Lagos and many places who can help us but they always hear the news that the state government releases money for us, but that they hold back meanwhile the money is not going round. The Head of Service announcement that the government is releasing money for is false. We are coming here on 29.