We are all Benue IDPs - Emmanuel Onwubiko 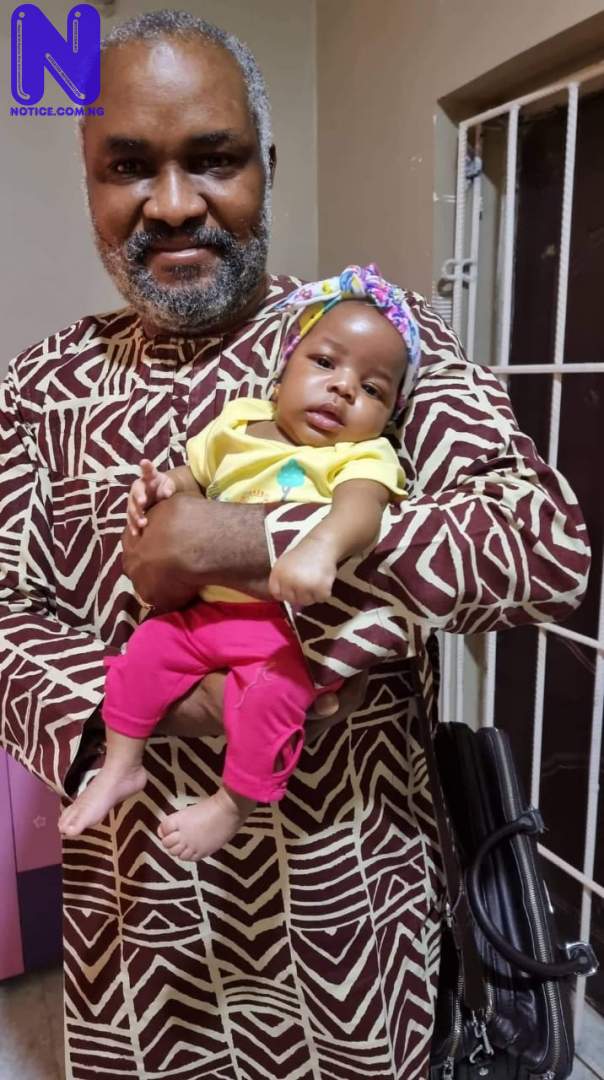 "Demagogues attack their critics in harsh and provocation terms- as enemies, as subversives, and even as terrorists." (HOW DEMOCRACIES DIE: WHAT HISTORY REVEALS ABOUT OUR FUTURE BY STEVEN LEVITSKY & DANIEL ZIBLATT).

“We are all animal but all animals are not equal.” This typical saying was one of the earliest things I had to read from some novels during my school days in the Secondary school of the 1980's. in spite of that, when I began to read about the modern day politics in Nigeria and began working and even had a stint in a federal government's funded agency:- the National Human Rights Commission, I came face to face with the reality that perhaps that saying that all animals are not equal was actually a depiction of who a Nigerian is.

For a fact, Nigeria is inherently and fundamentally dysfunctional and distorted because the people who govern the Country have ideologically willed that Nigeria should never work as a constitutional democracy. Those who control the different layers of political governance especially at the highest echelons of the federal administration have built the mindset that all Nigerian People must never be treated equally.

This is why when the then military dictator General Sani Abacha wanted to write the constitution preparatory to the exit of the military out of governance, he loaded the committee with Northerners who actually implanted a lot of provisions that are meant to destroy the principle of equity and equality.

For instance, the 1999 constitution which was written by selected persons who were commissioned by General Abacha, decidedly gave Kano State the highest number of House of Representatives members. The Kano parliamentarians to the Federal House of Representatives are more in number than those of the entire five Igbo States put together even when the population of Igbo speaking people is not less than 60 million.

It would seem the drafters of that distorted Constitution in application at the moment, used the criterion of land mass to allocate membership to the National Assembly's lower legislature.

That aside, the coming of President Muhammadu Buhari to power in 2015, has brought into focus the notoriety of nepotism and tribalism. This current administration has lowered the bar and has so made political governance to appear like the village meeting of the Fulani ethnicity. Muhammadu Buhari sleeps and wakes up thinking about cows and nothing else. He has undermined National security by failing to stop murderous gangs of Fulani people from invading Nigeria from Niger and Chad, killing, maiming and destroying lives and property of largely Christian farmers. With over 6,000 farmers murdered in cold blood by Fulani armed herdsmen but not one of these mass killers are in prison. Muhammadu Buhari has a minister of Justice Abubakar Malami who confessed to my group- HUMAN RIGHTS WRITERS ASSOCIATION OF NIGERIA that he has no case file on the killings by armed Fulani herdsmen and so is not ready to prosecute them for the genocides committed in many parts of Nigeria with Benue State having the largest chunk of the casualties.

The current President decidedly loaded the strategic portfolios and political positions including the defence sector with his people the Moslem North of Fulani/Hausa.

But the area in which the saying that all animals are not equal is in the workings of the Federal agency that provides reliefs for victims of disasters known as National Emergency Management Agency (NEMA) which is headed by a Moslem Northerners and controlled by the ministry of humanitarian affairs and disaster management headed also by a Fulani woman.

Benue State is one place that terrorists made up largely of armed Fulani herders have made the most devastating negative impacts. in spite of that, NEMA is hardly noticed in the different internally displaced persons camps in Benue State.

This systemic and systematic exclusion is not just a moral crime but constitutes a crime against humanity and President Muhammadu Burai's attention should be called to it so a fundamental redress is made.

By the way, the majority of the IDPs are farmers whose farms and housing assets were blown up by the rampaging armed Fulani militia who are above the law in the thinking of the current Federal government that is dangerously pro-Fulani.

To drive home this point, perhaps the Benue Governor saw no other way to express his angst but to use the analogy of how the problems of IDPs incapacitates him from fully playing his husband bed time role to his beautiful wife.

Governor Samuel Ortom recently bemoaned the perennial displacement of residents across Benue, saying the plight of people living in camps for the internally displaced has been giving him erectile dysfunction.

At a public function near the capital Makurdi, Mr Ortom said President Muhammadu Buhari and special duties minister George Akume have failed to support him in his fight against killer herdsmen, working against the interest of Benue people instead.

Mr Ortom said there was "no way as a leader" would he feel comfortable knowing that thousands of his people have been displaced from their villages by killer herdsmen who were on a conquest to take lands from indigenous Benue settlers.

"Even when I am on top of my wife and I remember the people who are in IDP camps…" Mr Ortom said with a pause for camera effect. A male voice in the audience then helped him to conclude his sentence, saying "It goes flat," to which the governor then responded with a smile.

Mr Ortom has been locked in fierce political confrontation with Mr Buhari and his appointees following his decision to implement a ban on open grazing of cattle by herders of Mr Buhari's ethnic Fulani stock.

The president has insisted that he would not support a ban on open grazing and tried to force states to bow to the federal government on the appropriation solution to the crisis, which has left thousands killed and untold damage caused to assets and livelihoods since Mr Buhari assumed office in 2015. The president has faced criticism for pushing the interest of herdsmen while showing little sympathy to victims of their brutality, including from members of his ruling APC. He has vigorously denied the claims and said his administration has implemented a series of security, administrative and financial solutions to mitigate the crisis.

On another level we read correctly that the Benue State Government has again called on the Federal Government to return the millions of Internally Displaced Persons (IDPs) to their ancestral homes to avert recruitment of vulnerable inmates by terrorist groups.

Executive Secretary of the State Emergency Management Agency (SEMA), Dr. Emmanuel Shior, raised the fears recently, while briefing newsmen in Makurdi, during the distribution of food items to eight IDP camps in the state. Shior maintained that the humanitarian crisis caused by marauding herders to communities in the state was colossal and devastating while expressing disgust that the Federal Government had not extended its gesture in the North East to Benue.

He alleged that some members of the All Progressives Congress (APC) were rather playing politics with the issue. "The IDPs have been with us for the past three years and there is a need to return them to their communities. But some people, for parochial reasons, are accusing Governor Samuel Ortom of masterminding the killings, which is not true. We don't play politics with lives. "A group of APC members is the ones peddling this false news. They are using this gimmick to cover their failures at the national level. They are acting on the premise that Ortom is PDP and they are APC. But the governor is responsive and cannot afford to forcefully return IDPs to their ancestral homes without adequate security," he said.

The humanitarian crisis in the camps, Shior added, is a big burden on the state, which reportedly spends hundreds of millions of naira monthly to procure food and other needs.

According to the SEMA boss, based on the governor's directive, the activities of the agency would continue to be transparent.

The Guardian gathered that food items distributed to the various camps included bags of rice, beans as well as noodles. On why Tse-Yandev camp has no SEMA staff managing it, Shior said, even as the camp was being managed by volunteer groups, SEMA was intervening from time to time.

At the camp, there are many weary faces - from the aged to distressed mothers; all worrying about what to eat with their families and how to educate their children, a situation that gets tougher with each passing day.

Feeding is a major challenge for the IDPs. Due to the large population at the camp, the government's food supplies are never enough. To supplement this, some of the IDPs resort to cooking almost-spoiled or perishing food items sourced from dealers in the local market. "For the issue of food, the government is trying," says Camp Manager Comfort Alugah. "But the government cannot satisfy everybody."

Mrs Alugah attributes the challenge to the population at the camp which she put at 43,344.

In terms of health care, the Mbawa IDP camp has a maternal and child health clinic operated by Medecins Sans Frontiers (MSF).

The clinic has been providing care for the babies delivered in the camp and their mothers, with assistance from the Benue State Ministry of Health, ensuring safe delivery after months of antenatal services. The HUMAN RIGHTS WRITERS ASSOCIATION OF NIGERIA is indeed happy with the Benue Governor and his administration for carrying the matter of the neglect of the IDPS on his head and heart. We call on the NATIONAL EMERGENCY MANAGEMENT AGENCY to respect the constitutional principles of equity and equality of opportunity and rights and deliver qualitative and quantitative relief materials to the thousands of Benue IDPS or we will challenge their criminal abandonment of the Benue IDPs at the Benue State High Court so we expose this systemic and systematic crimes against BENUE IDPS. Enough is enough!

*EMMANUEL ONWUBIKO is head of the HUMAN RIGHTS WRITERS ASSOCIATION OF NIGERIA (HURIWA) and theingerianinsidernews.com, www.huriwanigeria.com.