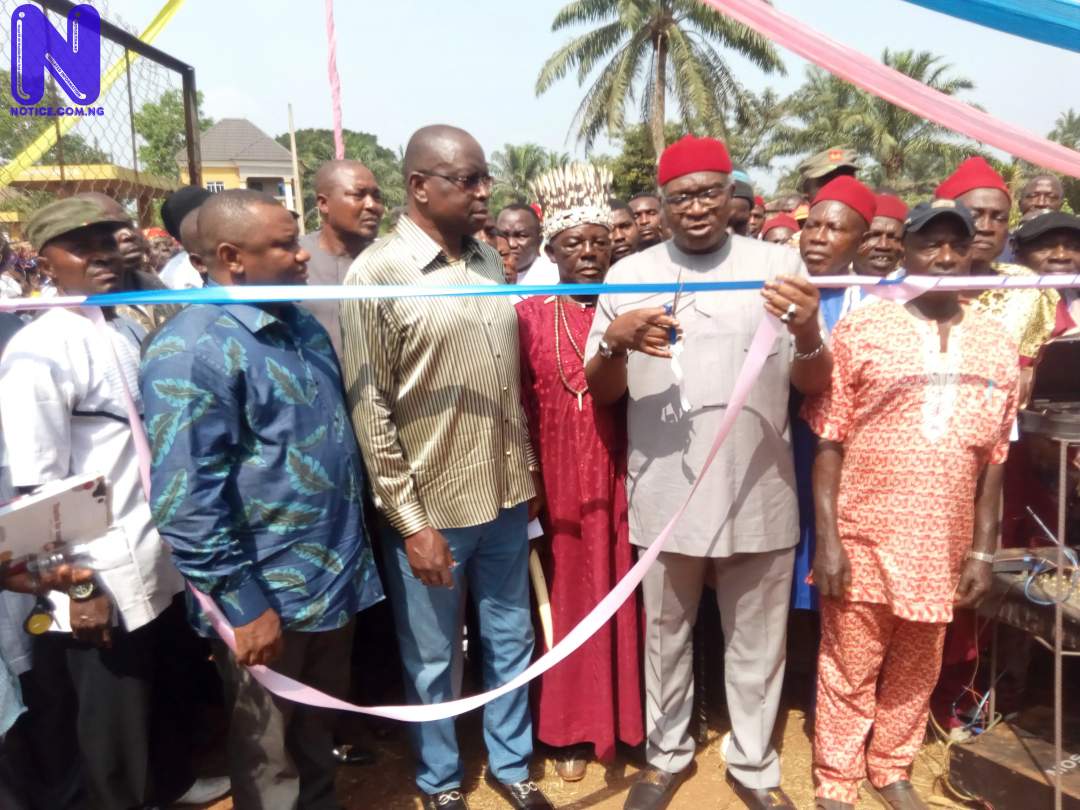 The governorship candidate of the All Progressives Congress, APC, during the 2019 election, Senator Ayogu Eze has reaffirmed his total support for Governor Ifeanyi Ugwuanyi’s administration.

Press reports that Eze spoke in his country home, Umuida, in Igbo-Eze North Local Government Area of the State during the inauguration of a water project.

The project was done with the N5m grant received by the community from the Enugu State Government. Senator Eze, who represented Enugu North Senatorial Zone, provided the generator for its use.

Speaking at the event, he said it would go a long way in solving the water needs of the people, that efforts would be made to reticulate the water.

“We will make sure that the water is reticulated; I will meet the governor over this; I thank the people of Umuida for making this possible.

“I want you to tell the governor that this is a very enterprising community that worked in partnership with the Igwe and were able to make this happen, through a grant from the Enugu State Government.

We are also promising that we are going to liaise with both the State and the Federal Government to make sure that we reticulate this water so that our people can fetch it in the comfort of their homes.”

“We will continue to work, support him to ensure that he finishes his term without any trouble.”

In his speech, the Enugu State Commissioner for Rural Development, Prince Emeka Mamah hailed Senator Eze and the community for the initiative.

He described Umuida as a privileged community, stressing “there are people in Umuida that remember the people and their needs. I will not fail to mention Senator Ayogu Eze; that is why people pray to have such people in their place.”

Mamah, in spite of that, gave heavy knocks on some communities, accusing them of misusing the N5m grant from the State Government.

“The Government of Enugu State had given N5m to all the communities, but this N5m most of these communities have not also utilized that N5m to a particular identifiable project, but I can see this one.

“In the last exco we did before the budget was approved, I pleaded with the governor to also include the second tranche of that N5m, which he did. So, hopefully, the N5m will also come to these communities. I have also asked him to give me the approval to go round the communities to see what the N5m was used for, if it was not used, for us to know what we are going to do to those communities.

“Today, I will proudly go home to Enugu to tell him that the N5m brought was actually used for this water borehole being at Umuadogwa today. So, I thank our people and thank Distinguished Senator Ayogu Eze because we know what it takes to do bore-hole and power it,” he said.

Meanwhile, Senator Eze, while speaking to journalists later, explained the reason behind the delay in the Ogrute-Kogi Road.

As stated by him, “It has not been abandoned; it is just that the work is skeletal. As we were coming out now, we say the PW vehicle, if you look inside that yard, you will see heaps and heaps of granite and laterite. Maybe because I am no longer in the Senate, there is no sufficient push for funding. I am going to go back and find out how much has been made available for it in this year’s budget and follow it up.

“The problem was that when they wanted to start the project, the local people, without my knowledge, were charging them a lot of money for laterite, so they went to where they had easy access to laterite and that is why they started from the Kogi end. They have tarred a sizeable portion coming from the Kogi end.”