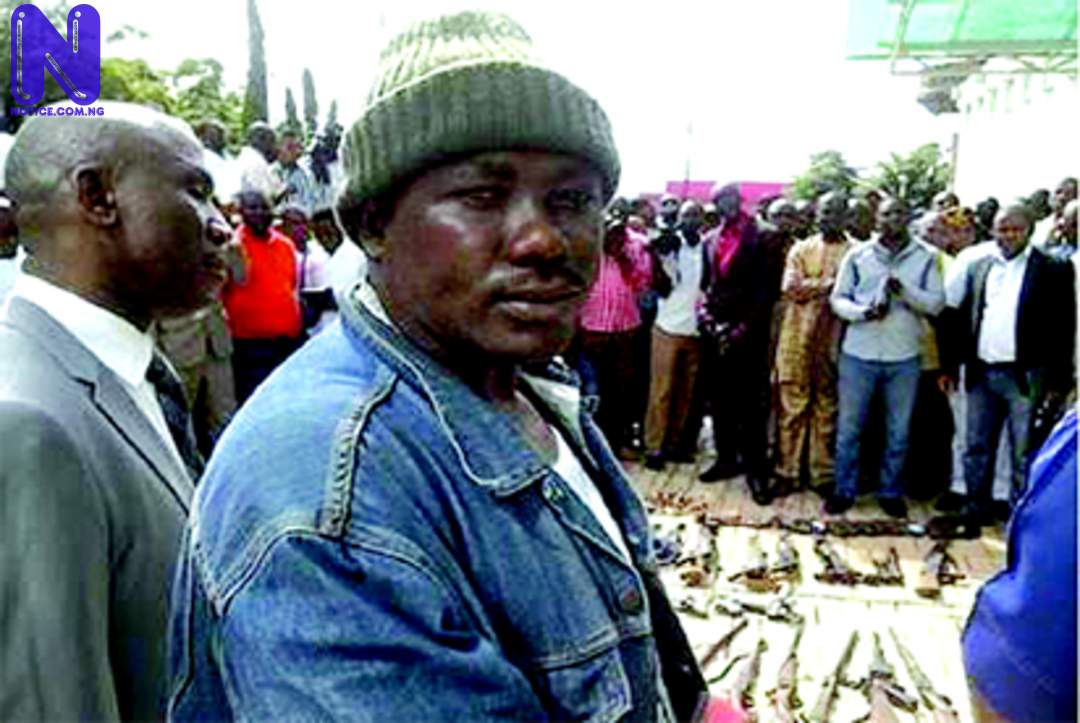 A wanted criminal gang leader in Benue State, Terwase Agwaza, on Tuesday surrendered.
Gana, as he is popularly called, turned himself in, following the amnesty programme by the state government.
The wanted criminal surrendered in Katsina-Ala township stadium in Katsina Ala Local Government Area of Benue North.
As at the time of filing this report, Gana was being conveyed to the state’s Government House in Makurdi, the state capital, where he would be received by the state Governor, Samuel Governor.
Recall that a bounty of N10m was recently placed on Gana, after he was declared wanted.