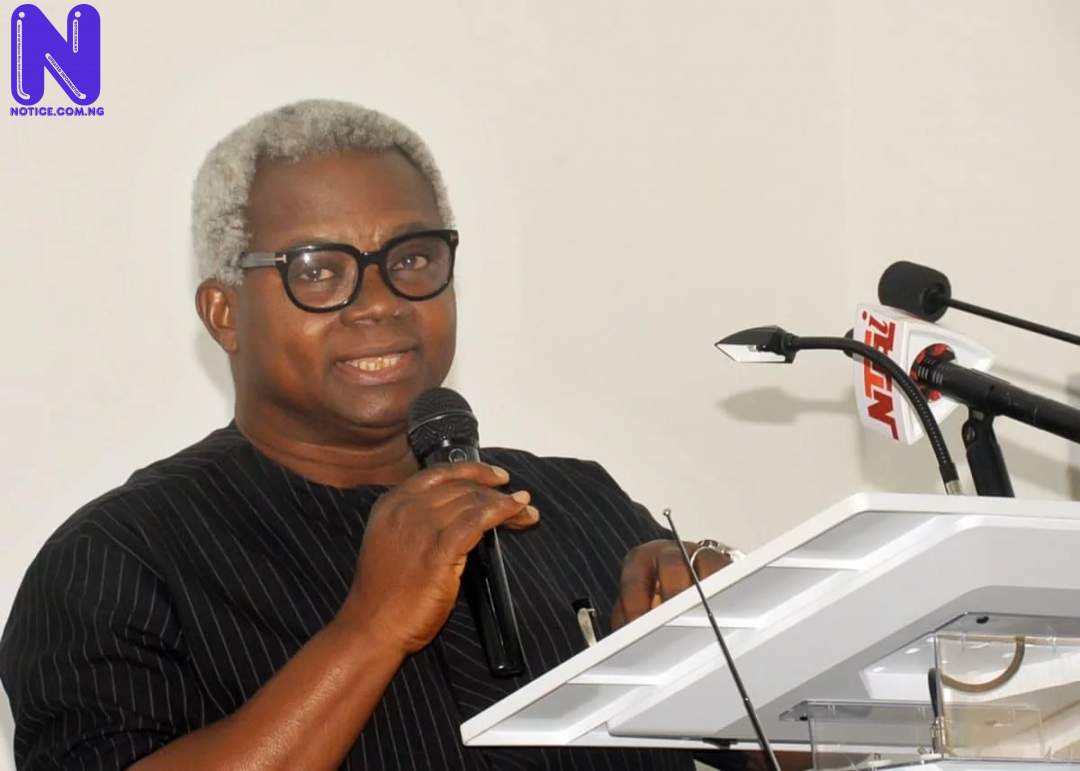 The Director General of Voice of Nigeria and chieftain of All Progressives Congress (APC), Mr. Osita Okechukwu has endorsed the proposal by the Hon. Attorney General of the Federation (HAGF) and Minister of Justice, Abubakar Malami SAN, for the establishment of a Pastoral Commission as a solution to the farmers-herders crisis in the country.
Okechukwu, who spoke with journalists in Abuja Sunday, on the controversial Herders/Farmers crisis commended Malami for his idea of setting up the Pastoral Commission nationwide, as an antidote to the farmers-herders menace, which has polarised the country more than any other issue since the end of the civil war in 1970.
According to the VON boss, the crisis between farmers and herders is a ‘National Security Question’, threatening the unity of the country and must be contained as a matter of urgent national importance, to avert a possible national suicide.
He maintained that the recommendations made by Malami contained some pragmatic solutions, capable of consigning the raging menace to the dustbin of history, thereby offering the country a new lease of life.
“May I commend Abubakar Malami SAN, the Honourable Attorney General of the Federation (HAGF) for his profound idea of setting up Pastoral or Livestock Commission nationwide. Methinks it is a pragmatic community-oriented solution, aimed at diffusing, cushioning and stopping the intractable menace of Farmers -Herders crisis in our dear country,” Okechukwu said.
“Am in league with HAGF recommendations, for it properly defines the Farmers-Herders Crisis for what it truly is – National Security Question. It is a National Security Question because it had polarised and divided the country more than any other issue since after the civil war. It has more or less rubbished all the good works of President Muh Buhari, GCFR and profiled him negatively,” he added.
Asked of the appropriateness of federal government funding herders when they’re private business, Okechukwu quipped, “In finding answers, one is happy to remark that the recommendations of HAGF contain some pragmatic answers.

The query of the appropriateness of the federal government funding herders, who are private farmers, didn’t deflate this solution. For those who pose this question failed to note that the herders had dangerously disrupted crop farmers, and on the other hand farmers rustled cattle, before we count uncountable lives lost and our dear countrymen polarised and unnecessarily at daggers drawn.”
He insisted that the farmers-herders crisis is a National Security Question, which placed our dear fatherland in a cliff-hanger and therefore, as a matter of urgent national importance, must be contained.
Okechukwu regretted that the menace had subsumed the milestones legacies achieved by Buhari’s Agrarian Revolution, Railway revolution and other infrastructural projects.
Reminded that what Malami said is Pastoral Commission not Livestock, he said, “I prefer Livestock Commission. Please consider the substitution of name to Livestock Commission in line with change of syntax, not meaning. For a careful analysis of HAGF profound speech shows that he had moved far away from just addressing Farmers-Herders Crisis from purely theoretical perspectives often devoid of reality and synchronization with stakeholders to National Security Question.
“My submission is that HAGF proposal is more or less in line with the National Livestock Transformation Plan promulgated in 2018. And a cursory glance at the table below shows that we have abundant and arable land nationwide. In Niger State, we have 76,363KM², Borno State 70,898KM², Taraba State 54,473KM², Kaduna State 46,053KM² and Bauchi State 45,837KM².
“In Yobe State, we have 45,502KM², Zamfara State 39,762KM², Adamawa State 36,917KM², Kwara State 36,825KM², Kebbi State 36,800KM², Benue State 34,059KM², Plateau State 30,913KM², Kogi State 29,833KM², Oyo State 28,454KM² and Nasarawa State 27,117KM²
“Sokoto State has 25,973 KM², Katsina State 24,192KM², Jigawa State 23,154KM², Cross River State 20,156KM², Kano State 20,131KM², Gombe State 18,768KM², Edo State 17,802KM², Delta State 17,698KM², Ogun State 16,762KM², Ondo State 15,500KM², Rivers State 11,077KM², Bayelsa State 10,773KM², Osun State 9,251KM², Federal Capital Territory 7,315KM², Enugu State 7,161KM², Akwa Ibom State 7,081KM², Ekiti State 6,353KM², Abia State 6,320KM², Ebonyi State 5,670KM², Imo State 5,530KM², Anambra State 4,844KM² and lastly, Lagos State 3,345KM².
“All we need do urgently is promulgate Livestock Commission, source for fund and establish cattle, goat, sheep, pig etc Ranches across the country. In the next two any cattle roaming the farm will be considered enemy.
“My study shows it will employ over two million in the first one year directly and indirectly. It will produce more meat, more milk and make more money.”