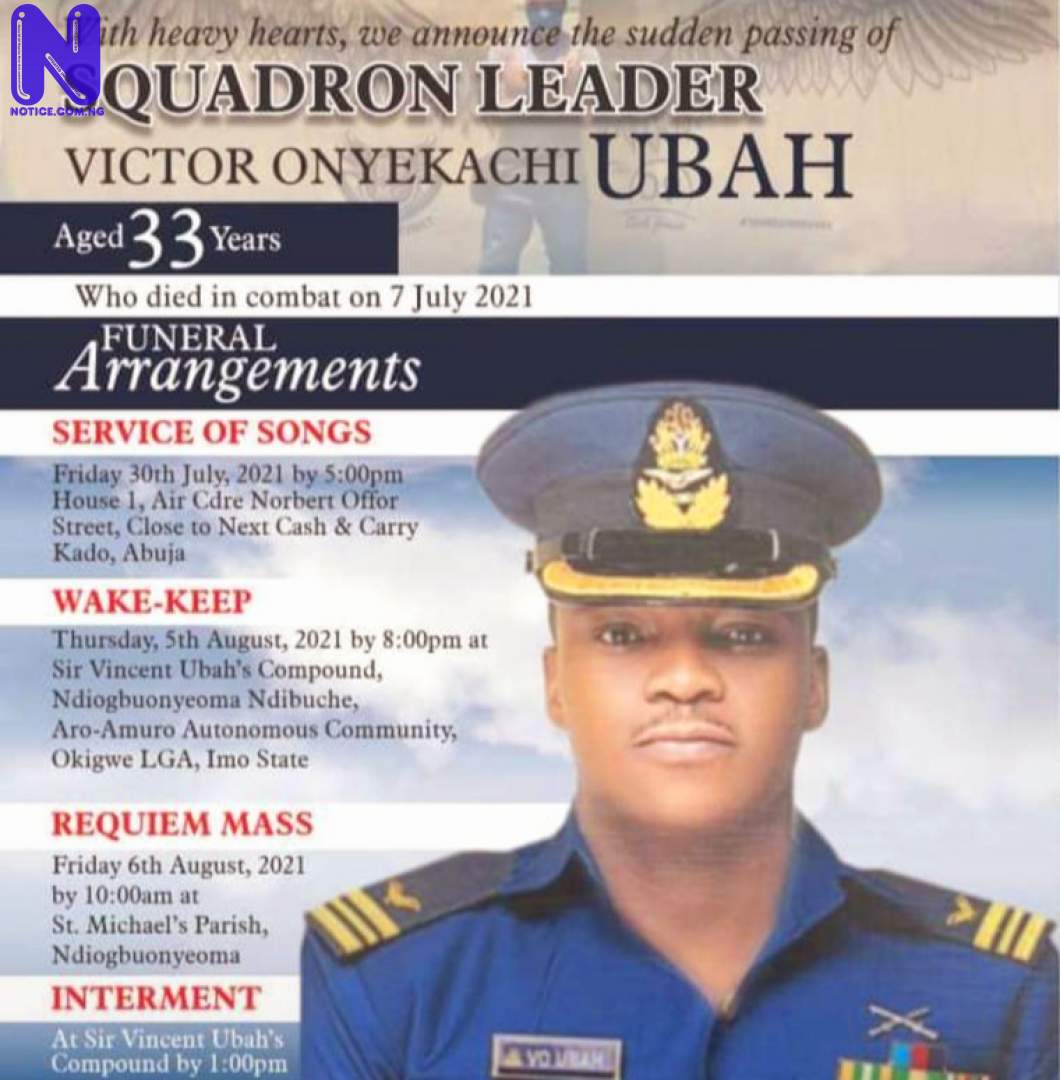 The Service of Songs was held today July 30th at the Kado area of Abuja. Press received photos and videos of the solemn event.

33-year-old Ubah was a Squadron Leader. He and other personnel were attacked by bandits on July 7th.

They were on a joint operation that involved officers and men from other security agencies including the Nigerian Navy.

At least three officers, including Ubah and a Naval colleague, died.

"I am devastated. Ubah was a gentleman to the core. He has a wife and two kids, the younger of them was dedicated last year", the source said in tears.

Ubah's wake will be held at Aro-Amuro Autonomous Community in Okigwe Local Government Area of Imo on August 5th.

The requiem mass has been scheduled for August 6th at Saint Michael's Parish, Ndiogbuonyeoma in Imo.

The indicent that claimed the lives of Ubah and others occured eleven days before bandits a NAF jet.