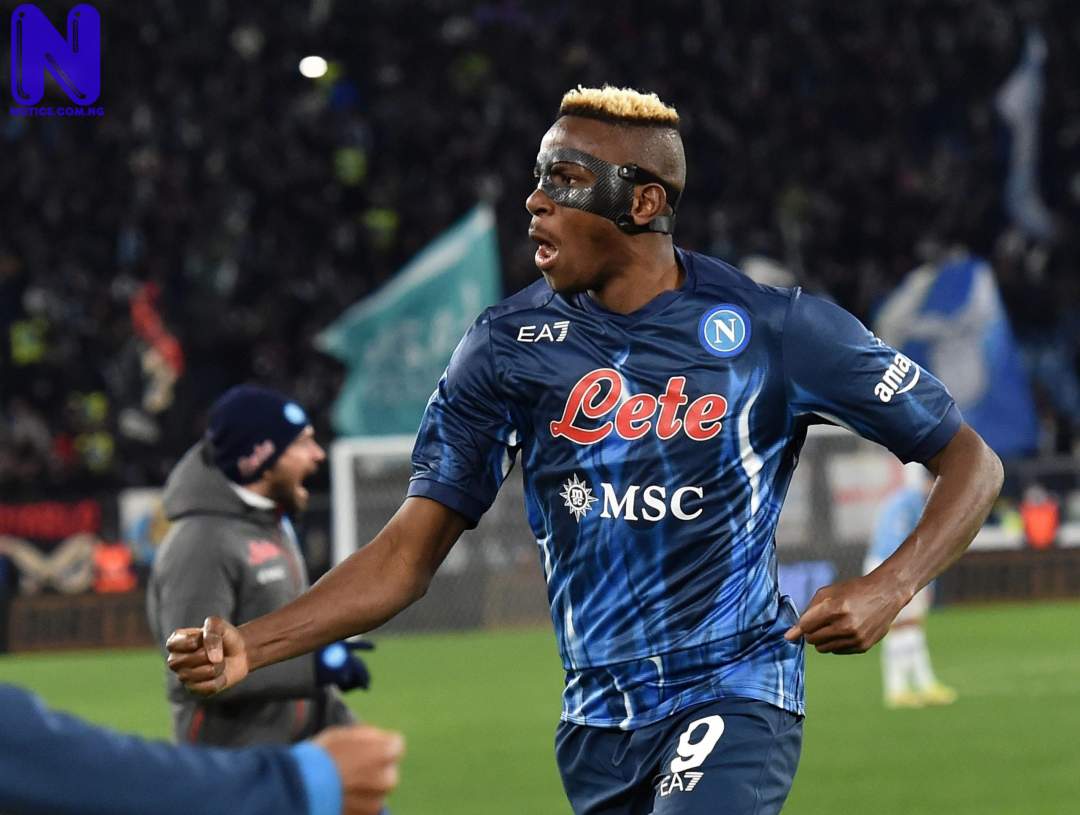 Super Eagles striker, Victor Osimhen has chosen his next destination as speculation on his leaving Napoli this summer intensifies.

Manchester United is looking to overhaul their entire team following the coming of Erik ten Hag as their new boss.

The Red Devils are facing their worst Premier League finish in decades after missing out on top four finish this season and are now battling to qualify for the Europa League.

With veteran striker, Edinson Cavani set to leave Old Trafford in the summer after his contract expires, the Red Devils are in the market for a centre forward.

Arsenal also want to use Osimhen as a replacement for Pierre-Emerick Aubameyang who left the Emirates Stadium for Barcelona in the winter transfer window.

Osimhen is said to have chosen Arsenal over Manchester United majorly because of Champions League football. Arsenal are currently sitting fourth in the Premier League, with a brighter chance of finishing top four.

However, Osimhen’s asking price could be a major stumbling block in a proposed move to Arsenal, with Napoli valuing their number 9 in excess of 100 million euros.

The 23-year-old Nigeria international has played 59 matches for Napoli, scoring 27 goals in all competitions since joining from Lille.