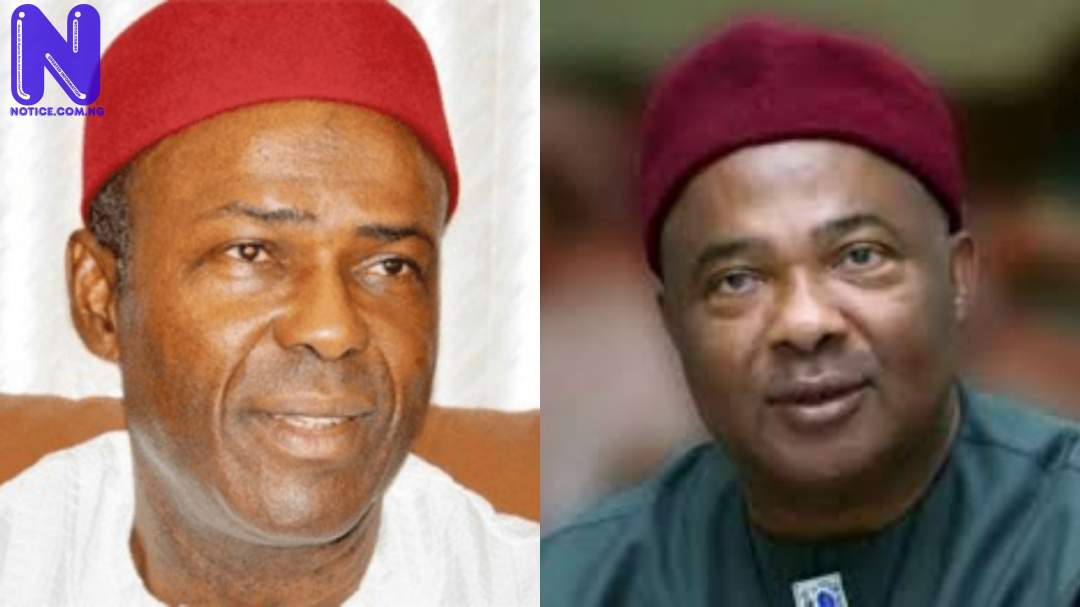 Imo State Governor, Hope Uzodinma and the Minister of Science and Technology, Dr Ogbonnaya Onu have said there is no possibility that the All Progressives Congress (APC) would lose the Anambra State government house in 2021.
Both men spoke yesterday during a stakeholders meeting in Awka, organised to receive some politicians who recently joined the party.
Uzodinma in his address to the people said, “We will win Anambra State in the November election. At the appropriate time, the forces will be mobilised to do the battle.
“We are working on reconciliation of aggrieved members and in the end, victory shall be ours.”
Onu in his address said, “The venue of this meeting is very symbolic. It is just steps away from the Anambra State government house, and we know why it is so. This will constantly remind of us the journey to the government house, Anambra.
“I want to remind our party’s aspirants that all of them are very qualified to be governor of Anambra State, and I want to also remind them at the same time that only one person can be the governor at a time.
”It is better for them to work for the party to win the election than insisting on being the ones to win. There is a lot to benefit in the party winning than letting another party win.
“Of course, there is no way APC can lose the Anambra government house with the resources; material and human that we have in this party. We must all bear that in our minds.”
Leader of the party in Anambra State, Dr Chris Ngige while speaking charged members of the party to go into the field and bring in new members as the party starts preparation for the registration of new members.
He said, “You must all move out and get new converts. Our membership registration will start soon and I want you all to bring new members for the registration. An election is about people, so the more people we bring, the higher our chances of making it to the government house in 2022.”
Earlier, the chairman of the party in the state, Chief Basil Ejidike, regretted that most members of the party in the state who made heavy sacrifices had not been rewarded.
He said, “This trend is inimical to the progress of the party, and has not served as a source of encouragement to our members.”
The meeting was attended by big wig politicians in the zone, including; the Minister of State for Education; Dr Nwajiuba, Ex-Senate President; Ken Nnamani, Minister of State for Environment; Sharon Ikeazor.
Others were the Minister of Labour and Employment; Dr Chris Ngige, Minister of State for Mines and Steel; Dr Uche Ogah, Minister of Foreign Affairs; Chief Geoffrey Onyeama, Senator Orji Uzor Kalu amongst others.