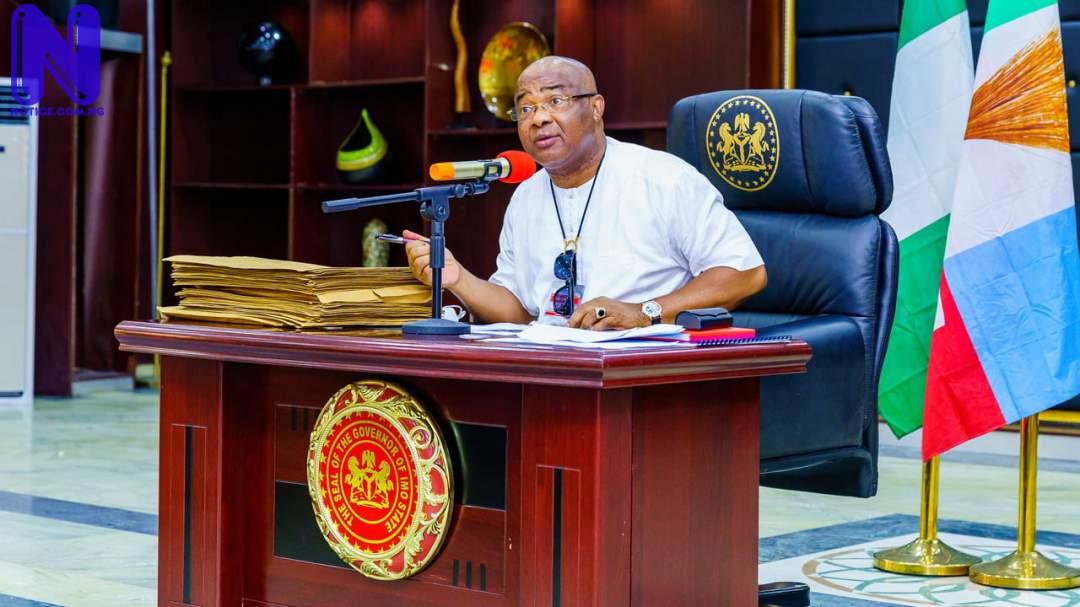 The Imo State Governor, Senator Hope Uzodinma, on Wednesday approved the immediate promotion of civil servants who have suffered stagnation in previous administrations.

Uzodinma gave the directive on Wednesday at the Imo State Executive Council Meeting of November 23, 2022, which he presided over.

At a recent meeting the Governor had with civil servants in Imo State, the workers had complained bitterly that they had not been promoted for years now.

Governor Uzodimma had assured them that he was ready to rectify the situation as a way of encouraging them to put in their best in the interest of the state as his government does not joke with a reward system.

Briefing newsmen at the end of the Exco Meeting, the Commissioner for Information and Strategy, Declan Mbadiwe Emelumba, said that “in line with the Governor's promise to look into the promotion arrears of Civil and Public Servants in Imo State when he announced the Health Insurance Policy for Imo workers, he has graciously approved immediate promotions of the Civil and Public Servants to clear the arrears/backlog that have existed since 8-10 years.”

He added that the promotions are with immediate effect.

Emelumba equally recalled that before the commencement of the Executive Council meeting, Governor Uzodimma swore in two new commissioners who were also assigned portfolios.

The Governor reminded them that ‘'to whom much is given, much is expected.''

"Imo is at a cross roads and needs to be saved from the hands of evil men before they do what we may not understand,” the governor told them.

He urged them to deploy the best of their strength, talent and competencies to serve the Government and people of Imo State and thanked them for making themselves available to be part of the government.