US reveals when it will strike Iran, those to be affected - War threats 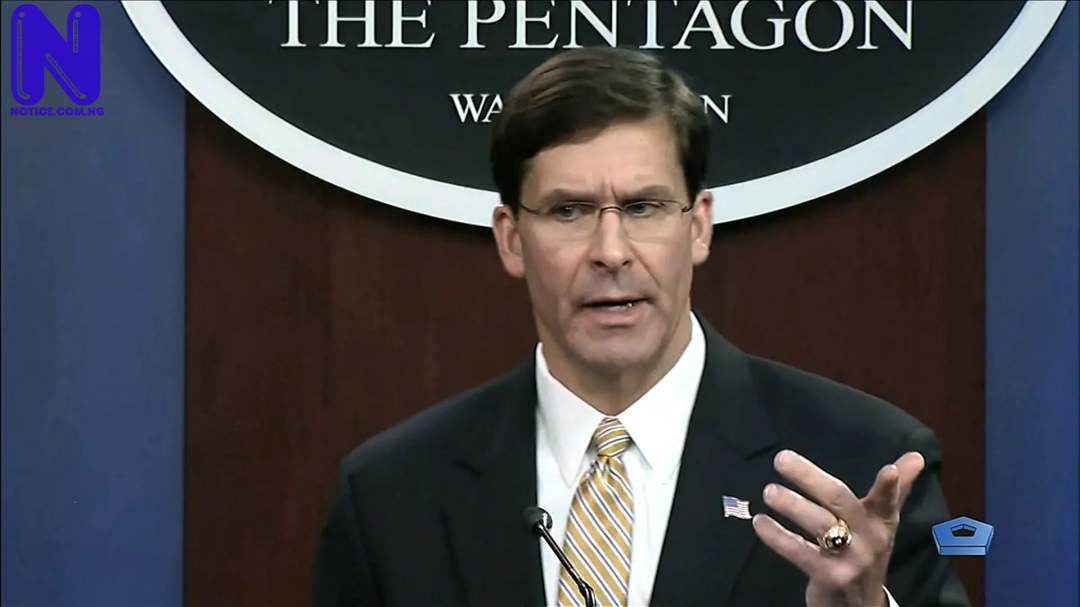 The United States, US has vowed to strike Iran and its proxies where legally available and appropriate.

Defense Secretary, Mark Esper made this known in an interview with NPR on Monday, adding that the U.S. has the constitutional authority to strike Iranian proxies in Iraq and on Iran’s home soil in retaliation for attacks on American forces.

Esper said the Authorization for Use of Military Force Resolution gives the U.S. military the right to attack Iranian-backed proxies in Iraq.

The Defence chief insisted that the president’s power under Article II of the Constitution would allow the U.S. to strike Iran in the event that U.S. interests are targeted.

“We hold Iran responsible for its proxies, and we will retain the right to exercise self-defence and take action where legally available and appropriate to hold those proxies accountable for their actions,” Esper told NPR.

“There was a complete agreement based on what he had done and what he was planning to do, the broader attack that he was orchestrating in the region that would be bigger in scale and would likely result in open hostilities, that this was a compelling target to take out,” Esper said.

“The United States is safer today than we were a few weeks ago because we eliminated the world’s foremost terror, Qassem Soleimani, who has the blood of hundreds of American soldiers and Marines on his hands.”

READ ALSO >>> Military reacts to US warning - Al-Qaeda in Nigeria

He added that the strike on Soleimani also “reset deterrence” with Iran.

Some soldiers were reportedly wounded as several rockets slammed into an Iraqi airbase north of Baghdad where US troops are based on Sunday.

The facilities include Erbil in northern Iraq and Al Asad Air Base in western Iraq.