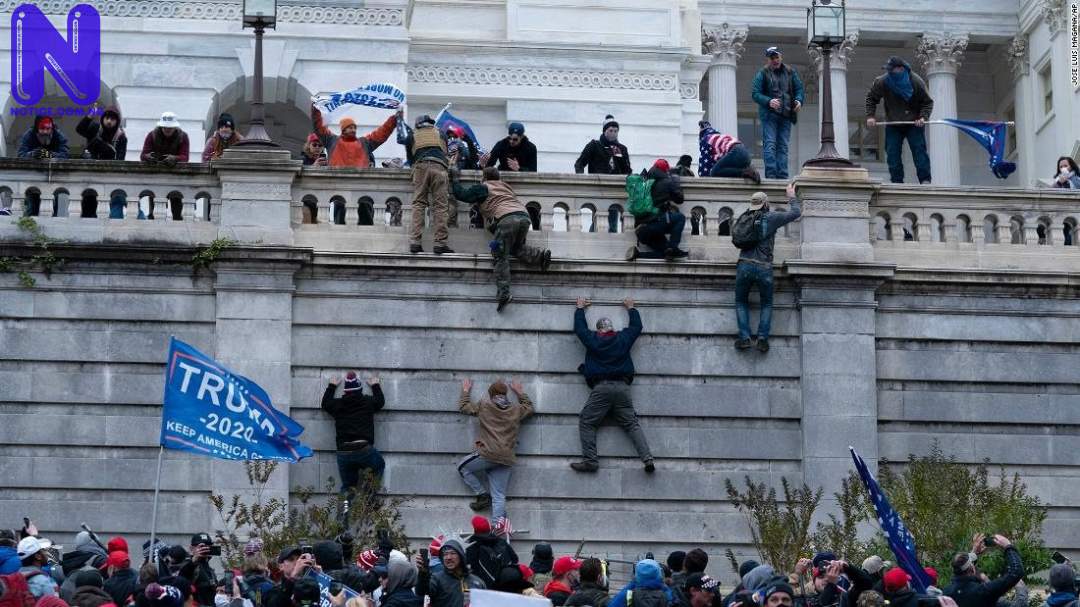 The United States Embassy has thanked Nigerian People for their solidarity over the invasion of the Capitol Building in Washington D.C.
US Ambassador to Nigeria, Mary Beth Leonard, conveyed the gratitude in a statement on Friday.
Leonard noted that the US Congress has completed its constitutionally mandated count of the Electoral College vote and affirmed the election of Joe Biden and Kamala Harris.
The envoy stressed that the Democrats will be sworn into office “and a peaceful transfer of power will occur on January 20, 2021”.
“Lawlessness and rioting are always unacceptable. The criminals who stormed the U.S. Capitol will be held accountable in accordance with the rule of law in the United States.”
“Our heartfelt gratitude to the many citizens of Nigeria who sent messages of support during Wednesday’s difficult hours”, it read
Leonard added that the enduring friendship and partnership between the America and the people of Nigeria will endure and thrive “as we work to perfect our union and our democracy”.
President Donald Trump’s supporters invaded the Capitol in an attempt to stop the confirmation of Biden and Kamala’s victory.
They went berserk soon after the Republican vowed “never to concede”.
The unprecedented incident attracted local and international outrage.
Biden described the attackers as “mob of thugs”.
The death of a police officer has increased the death toll to five. An investigation is underway.
Trump finally bowed and has promised an “orderly transition”.
“Even though I totally disagree with the outcome of the election, and the facts bear me out, nevertheless there will be an orderly transition on January 20th,” he said.
US House Speaker Nancy Pelosi, Senate Democratic Leader Chuck Schumer, among others have called for his impeachment.
Some White House officials, Transport Secretary Elaine Chao, Education Secretary Betsy DeVos, have resigned.
Resignations are expected to grow in the coming days.