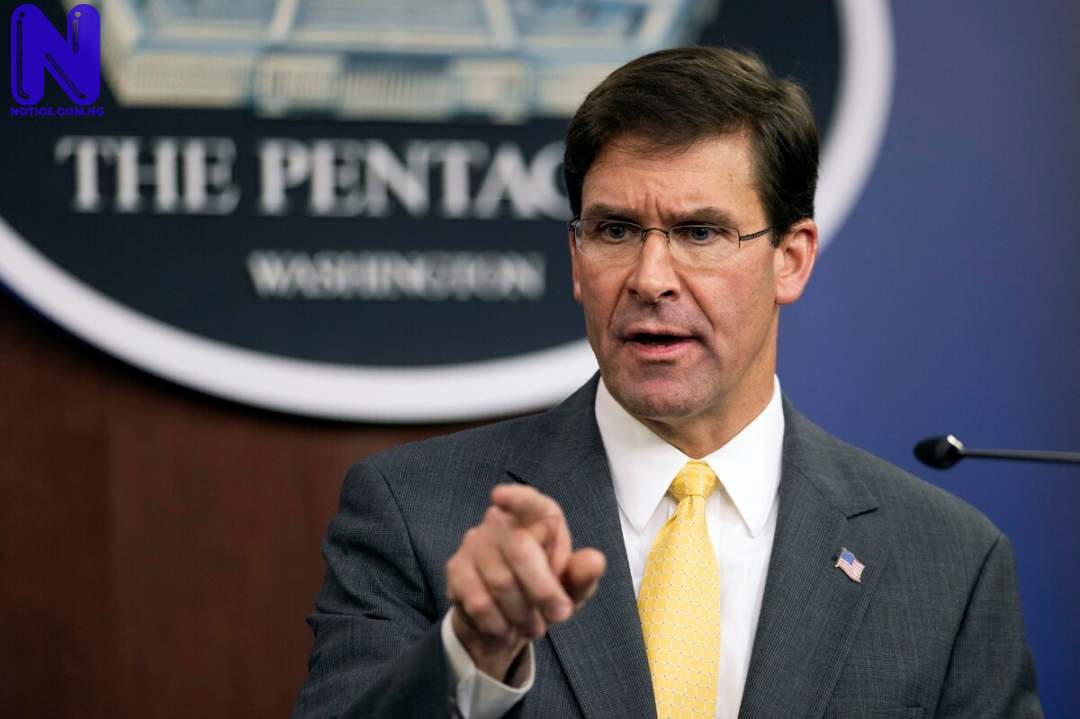 The US Defence Secretary, Mark Esper, has opposed President Donald Trump’s call to use ‘tanks’ and other military equipment to quell the escalating protest in the country, As stated by the Independent, UK.

The President reportedly demanded that military equipment be deployed as what started as a peaceful protest over the killing of George Floyd, an African-American by a white police officer, turns violent.

Trump asked about using “tanks” as part of a show of force against the protesters but Esper reportedly opposed the idea.

Esper also sent home active-duty troops who were earlier deployed to the nation’s capital on Wednesday, saying that the Insurrection Act should be used “only in the most urgent and dire of situations.”

Esper insisted that “We are not in one of those situations now.”

The newspaper reports that Trump and his allies who support using the military to calm the protests were taken aback by Esper’s comments and felt the defence secretary’s statement was out of line.

The protests, which in some cases are violent, continued across the US for an eighth day despite the National Guard being called into various states and local officials.

READ ALSO >>> US reveals when it will strike Iran, those to be affected - War threats