US confirms crash of its military plane 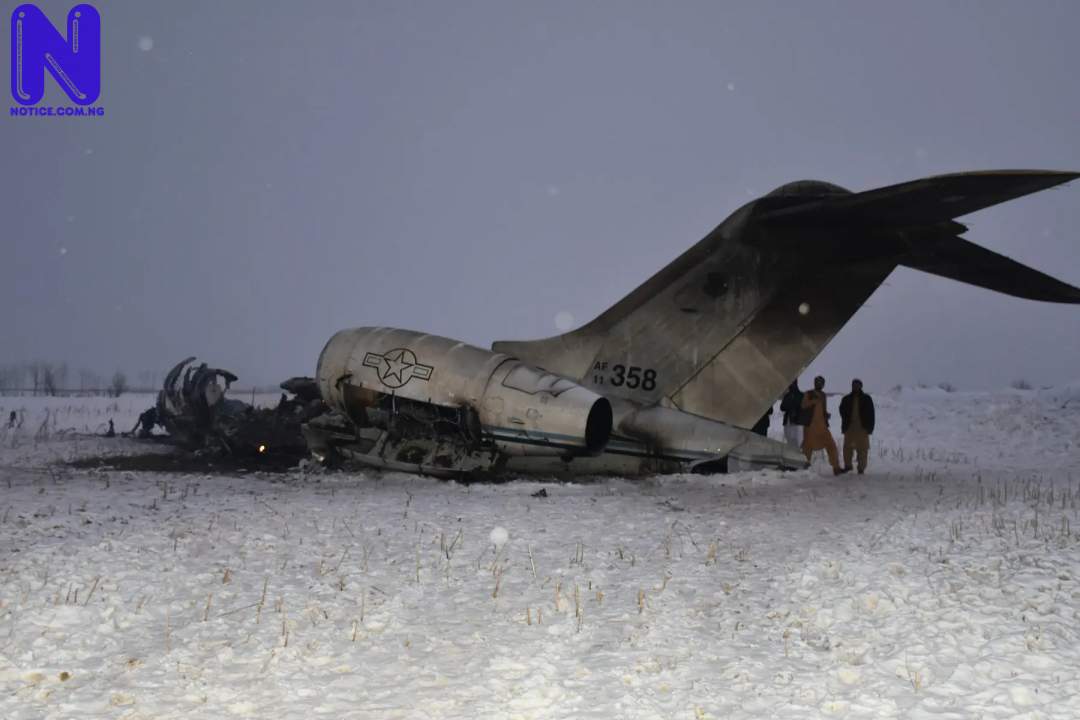 The United States has announced that its military aircraft crashed in Afghanistan on Monday.

Arif Noori, a spokesman for the provincial governor’s office in Ghazni city, had said that the plane crashed in the Sado Khel area of Deh Yak district around 1:10 p.m. local time.

A spokesperson for US Forces in Afghanistan said there was “no indication” the plane, a communication aircraft, was downed by enemy fire.

“A U.S. Bombardier E-11A crashed in Ghazni province, Afghanistan. While the cause of crash is under investigation, there are no indications the crash was caused by enemy fire.

READ ALSO >>> Military plane with 38 on board disappears

“We will provide additional information as it becomes available. Taliban’s claims that additional aircraft have crashed are false,” Col. Sonny Leggett said in a tweet.

CNN quoted Secretary of Defense, Mark Esper as saying he is “aware of the situation” but would not elaborate with any more details.

Esper said, “he has nothing further to report at this time.”

The E-11A is used to link troops in the field to headquarters and has been previously described by Air Force pilots as “WiFi in the sky.”