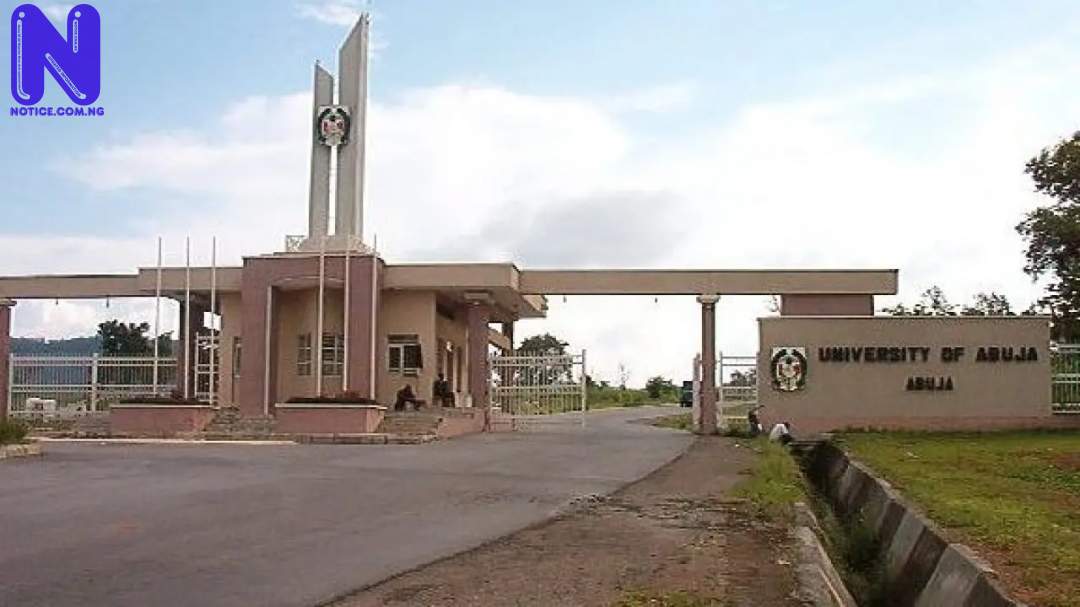 That University of Abuja is now closed, to most people, is not news. It is true that the students rose and protested the mal-administration of the school. This article is only an attempt to show what really provoked the protest.

It is as the igbo’s say: ‘a frog does not run in day light except something was after it”. We, the students, like the proverbial frog protested because something/ someone was after us, but unlike the frog that was hunted in daylight, we were hunted at night.

Why, we are aware of the reality aground in the school. We are aware that things are not as they should be. We know that it is wrong (if not a thing of shame) that the university in the capital of Nigeria holds lectures in uncompleted buildings and matriculation grounds. We know that it is no sane a school where two, three lectures go on simultaneously in the same hall! We have never protested. Even when security officers cease students I.D card because they, the security, do not like the students haircut or, as it is often the case with female students, because the student is ‘not properly dressed’ and issue a fiat that the student should go cut his hair or change her clothes as the case may be. And, although adults, we never flinched.

We accepted all this only because we know it will all be over in a few years time.

But there were others who have no such certainty about graduation because (as their labs and workshops are ill-equipped) their courses were not accredited and graduation for them is like a mirage. They (student from the department of Medicine and Engineering) revolted because they have nothing to loss if they revolt and everything to loss if they don’t.

( The affected students protested alone for others, like myself, from other departments stayed away, refused to stand in solidarity because we were afraid —this is what Nigerian Universities are grooming students to become; cowardly, docile, hushed, nonsense-taking citizens!)

The second protest started on Monday, 20th of Nov 2012. We were suppose to begin our exams that morning. I arrived the main campus and saw that the aggrieved students of the un-accredited courses have taken over the gate and dis-allowed anyone entry into the school until late noon when those staying in the hostel were allowed in. There was no electricity and when darkness fell, there was nobody to put on the generator and as a result; there was no food. Hungry and bored, a massage came that a party was going on at the gate and there was goat meat! Students trooped to the gate in the darkness. I left the hostel a bit late and I was lucky to find a bike man working late and with him I headed towards the gate.

The sight was frightening, students —most of them girls — were running from the gate back into the school as if something was after them. The bike man stopped and a girl ran to us. “Please take me to the hostel!” she was breathing heavily. And more girls rushed towards us with terror-stricken faces. The bike man became restless and started speeding back into the school. I asked him to stop and I got down. I saw a girl I thought I recognised. I stopped her and asked what was wrong “Boko haram are here with knives!” she replied and took off. It was laughable until the attackers came towards us speeding in a bus. I was determined not to run until I realized I was standing alone with my friend. I lost courage and took off. As I ran I thought I heard a student scream “help!” but I was unsure. Students dispersed in all directions. A few of us, all boys, assembled at the junction of the Faculty of Arts. Who were those guys and why are we fleeing like cowards? We had no time to answer the questions or catch our breaths when we saw the bus carrying the attackers making towards us. “Nobody should run!” Someone shouted. Again, determined to show my manliness, I resolved not to run. The attackers drew near and dropped from the bus ran towards us. The light was poor so we could not tell if what they were holding were sticks or cutlasses or guns. “Shoot anybody!” someone shouted from among them and that did it. We all dispersed in various directions. I took off too late and one of the attackers was trying to corner me from the front while another was behind me. I diverted into the bush. It was dark. I laid flat on my belly, silent. If a snake had bitten me I would have died unnoticed.

After the attackers drove away, I returned to the hostel covered in dirt and shame.

I was sleeping when someone shouted “they are in the hostel!” It was between 12pm and 1am. Most students in the boys hostel (because they were literally pushed to the wall of their hostel) came out and ran after the attackers. The attackers, seeing the numbers of students, must have felt fear for they receded to the gate. We went after them armed with sticks,stones, kitchen knives…anything. When we got to the gate, the attackers (there were police men among them) fled in a bus (it was the middle-sized school shuttle. The same bus that was used to hunt students). They left their bikes. The angry students burnt the bikes and held the gate till morning.

But the question we are asking is why were students attacked so? By whom? And on whose authority? Why should students not be allowed to express themselves freely? And why, after so much time, has the laboratories and workshops not been sufficiently equipped? Was money provided for the equipment of laboratories and workshops? If yes, what has happened to all the money? But the question that ache to be answered most is; why should University of Abuja be so pathetic right before the threshold of the federal government? And in spite of everything that has happened, why is the government looking away?

The next morning we went out to continue the protest. The airport road before the school was blocked but the soldiers present pleaded that one lane should be allowed open. Later both roads were opened.

The University authorities asked that every student should leave the school premises not later than 4pm. You will think you were in Somalia for by 4pm, they sent us out of the school with armed soldiers!