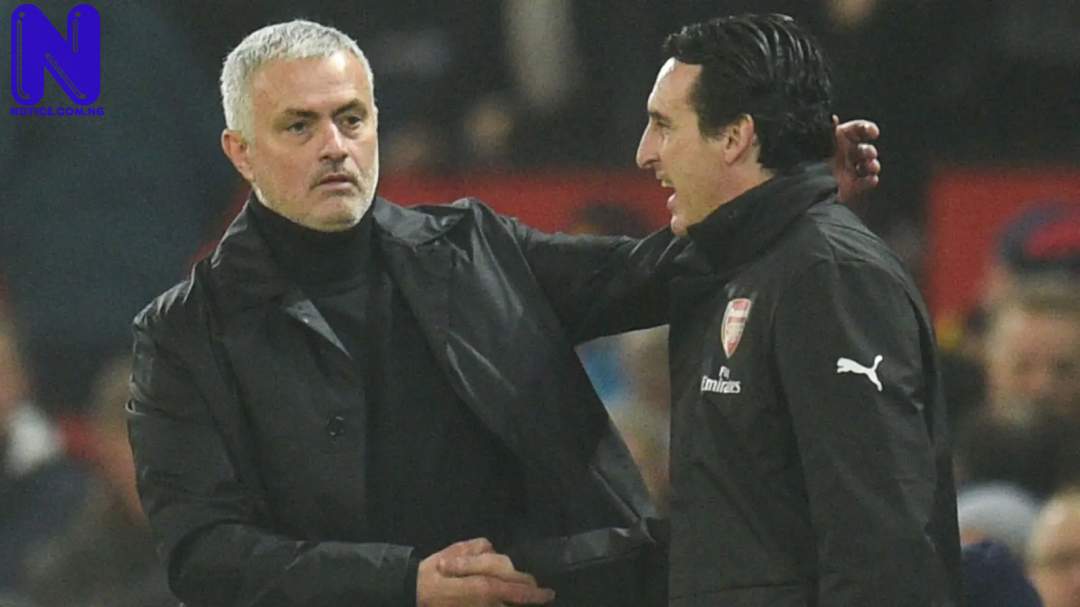 Arsenal manager, Unai Emery, has insisted that “I am the coach”, when asked about Jose Mourinho replacing him at the Emirates.

Emery’s situation at the club is becoming increasingly uncertain, following a 1-1 draw with Vitoria Guimaraes in the Europa League on Wednesday night.

It is the fourth consecutive fixture the Gunners have taken the lead and still failed to win, after conceding very late.

Mourinho is one of the managers linked with Arsenal, should incase the board decide to sack Emery.

When asked if he was worried about the Portuguese replacing him, Emery told reporters after the Vitoria match: “I am the coach”

The Ex-PSG coach was also quizzed about his side’s habit of throwing away leads.

“Our objective this evening was to have a clean sheet. We need to improve defensively and be strong in that moment.

“We are using each match to achieve that. We didn’t achieve that against Vitoria Guimaraes.