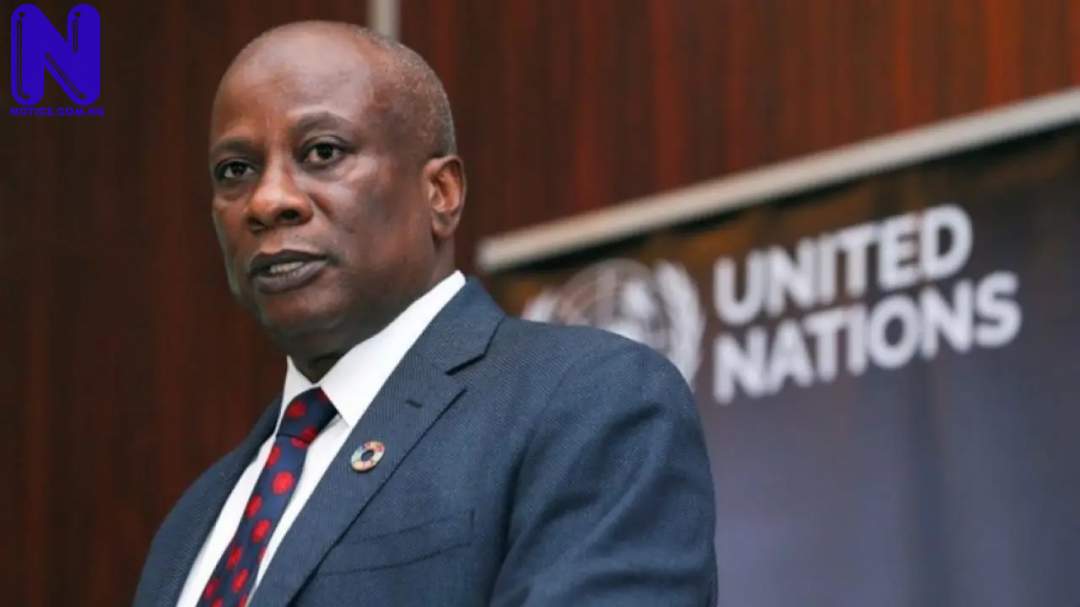 The United Nations (UN) Humanitarian Coordinator in Nigeria, Edward Kallon, has reacted to the rescue of five aid workers from the captivity of terrorists in North-eastern Nigeria.

The aid workers were abducted by the Islamic State West Africa Province, ISWAP, on December 22, 2019 along Monguno-Maiduguri Road in Borno State.

In a statement on Thursday, Kallon expressed relief and reiterated that some others were still being held by the insurgents.

“The whole humanitarian community in Nigeria shares the joy of the families, friends and colleagues of these aid workers, who can now put to rest the unimaginable anxiety of missing their loved ones”, he said.

“These dedicated humanitarians were working to provide life-saving support to millions of Nigeria’s most vulnerable in north-eastern Borno State. They should never have been a target or have to endure the trauma of being held captive.

“Despite this encouraging news, I am concerned about the fate of the other civilians abducted in this incident. I also remain gravely concerned for the lives of our ACF colleague Grace Taku, abducted near Damasak in July 2019, and Alice Loksha, a nurse and a mother, abducted during an attack in Rann in March 2018.

“Both are still held captive by non-state armed groups. The United Nations and its humanitarian partners call for their immediate and safe release. I am extremely worried by the increasingly insecure environment that humanitarians are working in to provide urgent and vital assistance to civilians affected by the crisis.

“The humanitarian community is troubled by the increased trend in vehicular checkpoints set up by non-state armed groups along main supply routes in the states of Borno and Yobe.

“These checkpoints expose civilians and humanitarians to heightened risks of being killed or abducted. I urge all parties to the conflict to protect the civilian population, including aid workers, from such grave violations of international laws, especially women and children who are among the most vulnerable and are caught up in the violence.

“A total of twelve aid workers have lost their lives in 2019. This is twice more than in 2018, which we thought was amongst the most dangerous years for humanitarian actors in Nigeria.

“Aid workers and the assistance they provide to the most vulnerable populations make the difference between life and death for entire communities in crisis-affected Borno, Adamawa and Yobe states. Their security is paramount and I call on all parties to assure the safety of aid workers and the unimpeded delivery of humanitarian aid.”