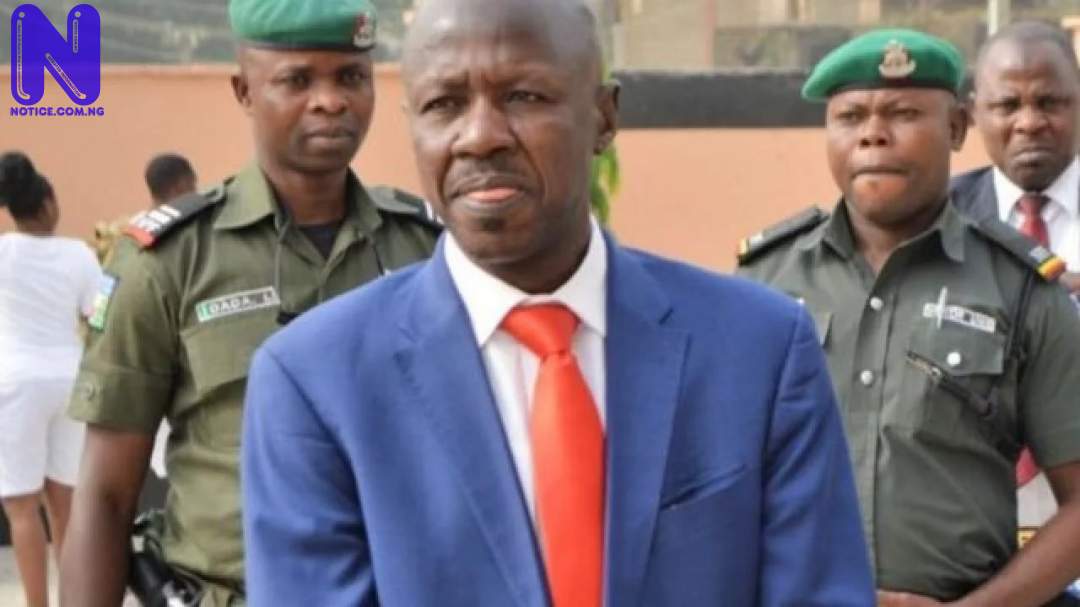 Wahab Shittu, the lawyer to Ibrahim Magu, suspended Chairman of the Economic and Financial Crimes Commission (EFCC) says the decision of the English Court on a suit against Nigeria confirmed that the agency did a thorough job.
The court has granted the federal government’s request to contest a $9.6billion fine in favour of Process and Industrial Development Limited (P&ID).
President Muhammadu Buhari administration wants the judgement regarding a controversial Gas Supply and Processing Agreement (GSPA) reversed.
In a statement on Sunday, Shittu said the landmark outcome was due to “Magu’s hard work and leadership style”.
Shittu noted that Nigeria has been relieved of the impact of such huge penalty on the economy.
“The decision once more shows that rather than punish Mr. Magu over his handling of the investigation, he should be given a heroic commendation for saving the country in a huge way. Magu should be celebrated rather than be vilified.
“It is rather unfortunate that the handling of P&ID investigation forms part of the allegations against him. Magu which led to his suspension. There is no gainsaying that the evidence relied on in arriving at the decision came from the EFCC under Mr. Magu.”
The counsel said the Judge was satisfied with the manner the EFCC carried out its investigation and that he made it known at paragraphs 253 and 254 of the judgment.
He quoted the judge as saying: “What occurred might have been the EFCC proceeding at its normal pace in the light of the resources allocated to it, the other inquiries it was conducting and conditions in Nigeria. By comparison the position after August, 2019 might be exceptional and prompted by the serious position Nigeria faced in the light of Butchers J’s decision on the enforcement application.
“At this point it is impossible to say. in spite of that, I cannot accept Mr. Mill’s (P&ID’s counsel) submission that there was no proper diligent investigation. The basic point is that there was no specific information such that Nigeria ought to have become aware of the building blocks of fraud now alleged.”
The Judge observed at paragraph 251 that Mr. Mill underplayed the work which was undertaken over the June 2018 says August 2019 period.
“In particular there was the successful prosecution of P&ID and P&ID Nigeria on 19 September, 2019 based on the ground work undertaken during this fifteen-month period.”
The Judge concluded at page 260 that the fraud was complex in character.
“Even on my preliminary examination it comprises a number of quite different strands. What occurred in this case was deliberately concealed. Especially with international advisers it engaged, P&ID wore the clock of legitimacy. In the circumstances which Nigeria has prima facie established it acted reasonably in its investigations.”
Shittu lamented that investigators and prosecutors including Magu used to close from work at 1am, 2am and resume by 8am including Saturdays and Sundays.
“Unfortunately some of these men are currently on suspension without pay or transferred out of EFCC for doing nothing but working assiduously to save this country. They were not given any allegation or issued query.”
Shittu stressed that the investigation against Magu and the EFCC would have caused the country to lose the judgment.
“This is because P&ID used the petition by the AGF (Abubakar Malami) against Mr. Magu to strengthen their case with Nigeria. Luckily, we have an upright English Judge who prudently appreciated the excellent and patriotic effort of the EFCC under Magu and the ineffectiveness of the AGF’s complaint”, he added.