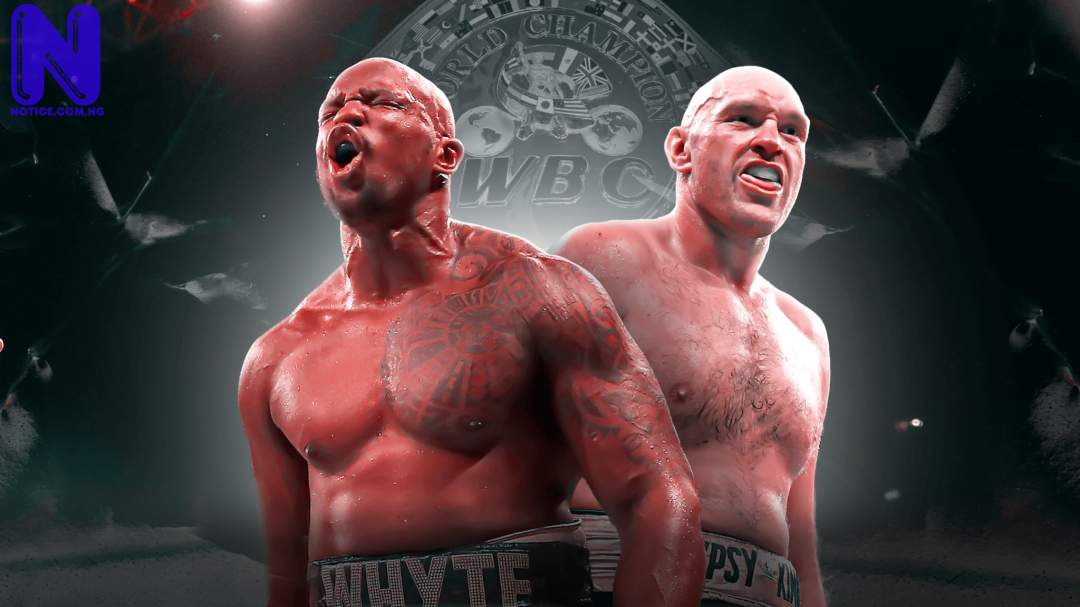 The WBC heavyweight title clash between Tyson Fury and Dillian Whyte has finally been confirmed.

For the first time, Whyte will now challenge for a world title against the undefeated Fury.

Fury emerged with two huge wins from a historic trilogy with Deontay Wilder.

It is now expected that Anthony Joshua will rematch Oleksandr Usyk for the IBF, WBA and WBO titles.

Fury posted an Instagram story shortly after the announcement hinting that the fight against Whyte will take place in the UK, the words "BIG GK IS COMING HOME, UK BABY" accompany the lyrics to the song ‘Three Lions'.

Whyte has long been the WBC's No 1 ranked contender but was officially named as the mandatory challenger to Fury's belt after ‘The Gypsy King' beat Wilder for the second time.