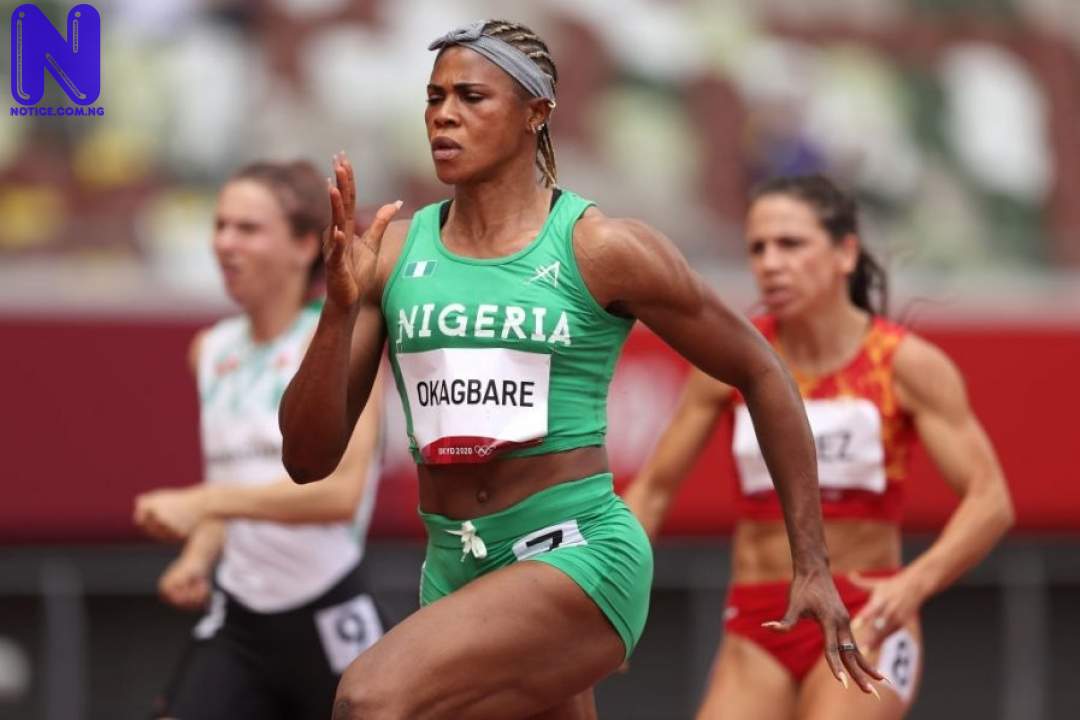 Two Nigerian athletes, Blessing Okagbare and Nzubechi Grace Nwokocha have made it to the semifinals of the women 100m race in the ongoing Olympic games in Tokyo.

This is the first time since 2012, Nigerian People will be having two of her athletes contesting in the semifinals of the 100m women race.

20-year-old Nwokocha was able to set a new personal best record of 11.00 seconds to qualify for the semifinals of the event.

With that feat, Nwokocha now occupies the 5th position among all Nigerian women who had participated in the 100m race in one event or the other. Toping the Nigerian women all-time list is Blessing OKagbare with (10.79), Glory Alozie (10.90) Mary Onyali (10.97) and Damola Osayomi (10.99).

Nwokocha will be running from lane nine in the third semifinal heat alongside the world adjudged fastest woman alive, Shelly-Ann Fraser-Pryce of Jamaica, Daryl Neita of Great Britain, Teahna Daniels of the USA and her fellow African, Muriel Ahoure from Ivory Coast.

Unlike Nwokocha who just made her debut at the event, 32 years old Okagbare made her first appearance at the event in the 2012 London Olympics and she is now running in her third Olympic games.

Okagbare will be running in the first semifinal heat alongside two heavyweights of the event, defending champion Elaine Thompson-Herah of Jamaica who ran 10.82 seconds in the first round heat, and Great Britain's Dina Asher-Smith, who ruled the 200m world championship two years ago in Doha, Qatar.


HILARIOUS >>> WATCH Comedy Video: Nasty Blaq - When Her Bestie Is Not Your Bestie