Two die as car rams into truck on Lagos-Ibadan road 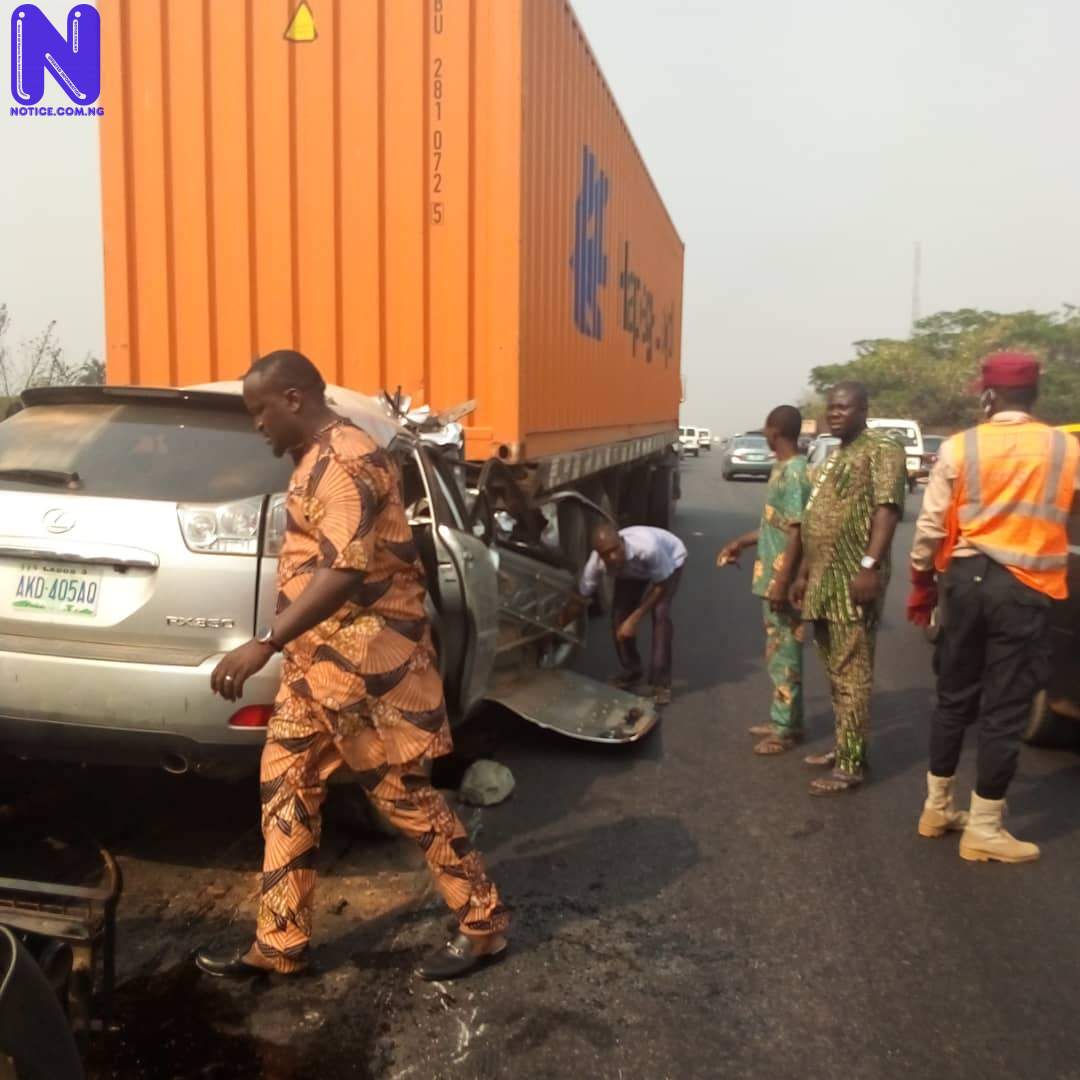 Two men have died in an accident that occured at Fidiwo, along the Lagos-Ibadan highway, Ogun State.

Press learnt that the crash occurred at about 3:18 pm on Friday, involving a Lexus SUV and a truck.

The Lexus RX35 was registered as AKD405AQ, while the Mack truck has JE32 XM as its registration number.

The spokesperson of the Federal Road Safety Corps (FRSC) in Ogun State, Florence Okpe, confirmed that four men were involved in the accident.

"A total of 04 persons were involved, all male adults. No injury was sustained, but two persons were recorded dead from the crash.

"The suspected cause of the road crash was excessive speed, which led to loss of control," Okpe said.

She added that bodies of the deceased victims have been deposited at FOS Morgue, Ipara.

Umar condoled with the families of the crash victims, urging them to contact the FRSC office in Ogunmakin for more information.