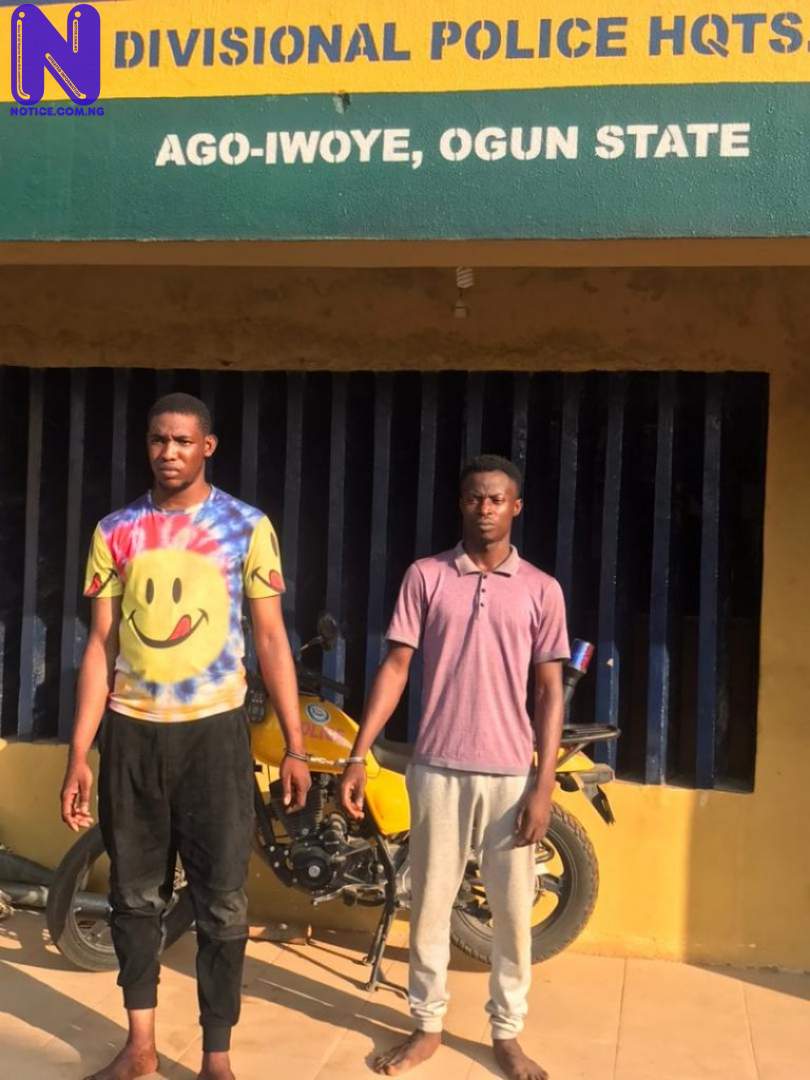 Two persons have been arrested in Ogun State for allegedly initiating an unwilling student of the Olabisi Onabanjo University into their Eiye cult group.

The suspects, Owoseni Gbemisola and Ogunsola Ayo were arrested on Friday by policemen from Ago Iwoye area of Ogun.

The Ogun police spokesperson, Abimbola Oyeyemi, said the duo were arrested after the 21-year-old student reported at the Ago Iwoye police division that "he was lured to Ijebu Igbo by one Yemi Justice (a.k.a JP) under the pretence of going for a job, but on getting to Ijebu-Igbo, the said Yemi, alongside Owoseni Gbemisola and Ogunsola Ayo blindfolded him, beat him and forced him to be initiated into Eiye confraternity."

Consequent upon this, the DPO of Ago Iwoye division, SP Noah Adekanye and his men had embarked on intelligence surveillance for the suspects.

"Their efforts paid off when Owoseni Gbemisola was sighted in Ago-Iwoye where he was still threatening to get back to the complainant in order to bring him to their fold whether he likes or not," Oyeyemi stated.

Gbemisola was said to have been arrested by policemen, who unknown to him, were lurking around.

His arrest had led to the apprehension of his accomplice, Ayo Ogunsola, who Oyeyemi said was traced and nabbed in their hideout.

One Yemi Justice said to be at large "is being hunted for" by the police, Oyeyemi said.

Meanwhile, the Commissioner of Police in Ogun, Lanre Bankole, has ordered that the suspects be transferred to the state CIID for discreet investigation, with the view to charging them to court.