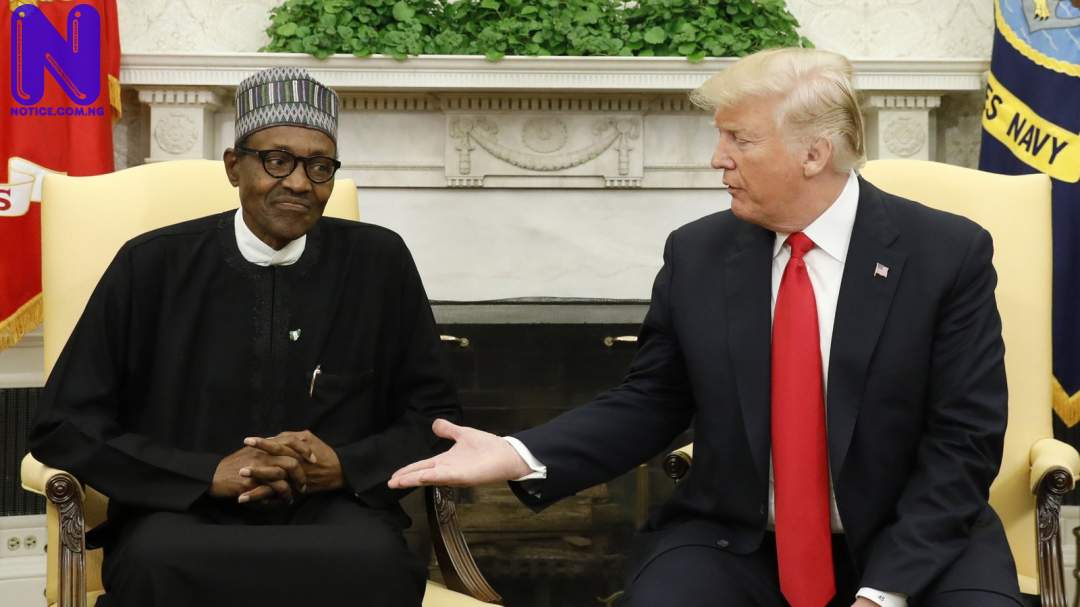 President Muhammadu Buhari has revealed his discussion with the US president, Donald Trump, over the killing of Christians in the country.
Speaking in Abuja on Tuesday, at the First Year Ministerial Performance Review Retreat of his second term, Buhari noted he is the only African amongst the least developed countries that Trump invited in the White House.
He said the American president asked him to explain why he is killing Christians in Nigeria.
Buhari said: “I believe I was about the only African amongst the least developed countries that Trump invited and when I was in his office, only myself and himself, only God is a witness, he looked at me in the face and said, ‘Why are you killing Christians?’
“I wondered if it were you, I wondered how you will react. I hope what I was feeling inside did not betray me before him. So, I understood it.
“The problem between cattle rearers and farmers has been happening for a long time. And there was climate change and population growth.
“I tried to explain to him that it has nothing to do with ethnicity or religion. It is a cultural thing which respective leaderships failed the nation.”