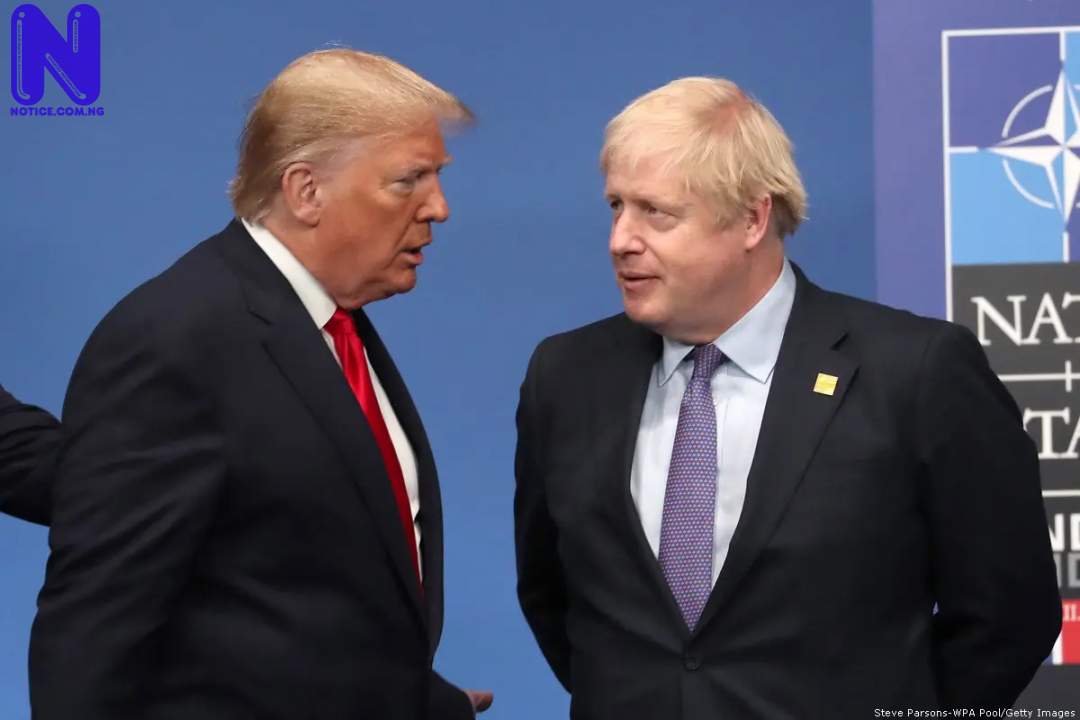 U.S. President Donald Trump, has said that he agrees with a comment by British Prime Minister Boris Johnson that a “Trump deal” should replace the Iran nuclear deal.

Johnson had on Tuesday called on Trump to replace the Iranian nuclear deal with his (Trump) own new agreement.

Iran’s nuclear programmes have generated a lot of crisis in the Middle East.

Following the assassination of powerful Army General, Qassem Soleimani,  Iran has vowed to continue with its nuclear weapons programme.

On the other hand, President Donald Trump had also vowed that Iran will never have a nuclear weapon under his watch.

“That would be a great way forward.

“I don’t want a military conflict between us, the United States and Iran, let’s dial this thing down,” Johnson said.

In response to this, Trump tweeted on Tuesday, “Prime Minister of the United Kingdom, @BorisJohnson, stated, ‘We should replace the Iran deal with the Trump deal. I agree!”