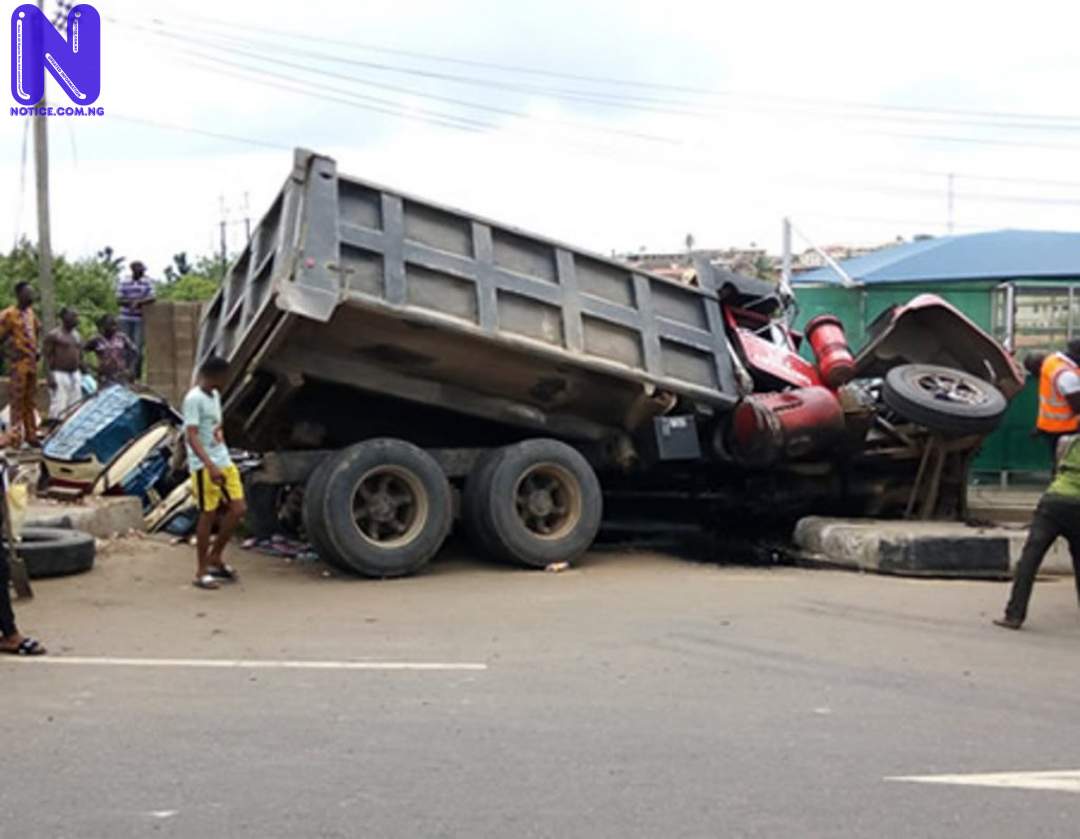 It was a black Thursday for residents of Lokoja, the Kogi State capital, as no fewer than four persons lost their lives in a ghastly motor accident involving a truck and a tricycle, popularly called Keke NAPEP.

The incident happened at about 7PM within Gadumo 200 unit, along Ajaokuta road.

It was learnt that the truck which was coming from Ganaja village lost control when he was trying to bypass a bad portion of the road under construction.

Th accident victims were trapped under the trailer for several hours calling for help as motorists and commuters made several efforts to get them out of the fully loaded truck.

Press put a call to the sector commander, Federal Road Safety Corps, Mr Solomon Aguire who immediately responded by drafting his men to the scene of the incident.

Unfortunately, they were turned back by some angry youths who maintained that they put a call across to them for over three hours but no response.

“We have been calling them since but no response. People have been under trailer for more than three hours and they are just coming. What are they coming to do now when almost all of them are dead,” an angry youth said.

Through combined efforts, two of the passengers inside the Keke NAPEP were rescued but one could not make it when they were both rushed to the hospital at about 1am Friday.

Eyewitnesscalled for the revocation of the contract awarded to the company as their slow pace of work on the road had led to the loss of many lives in the area.