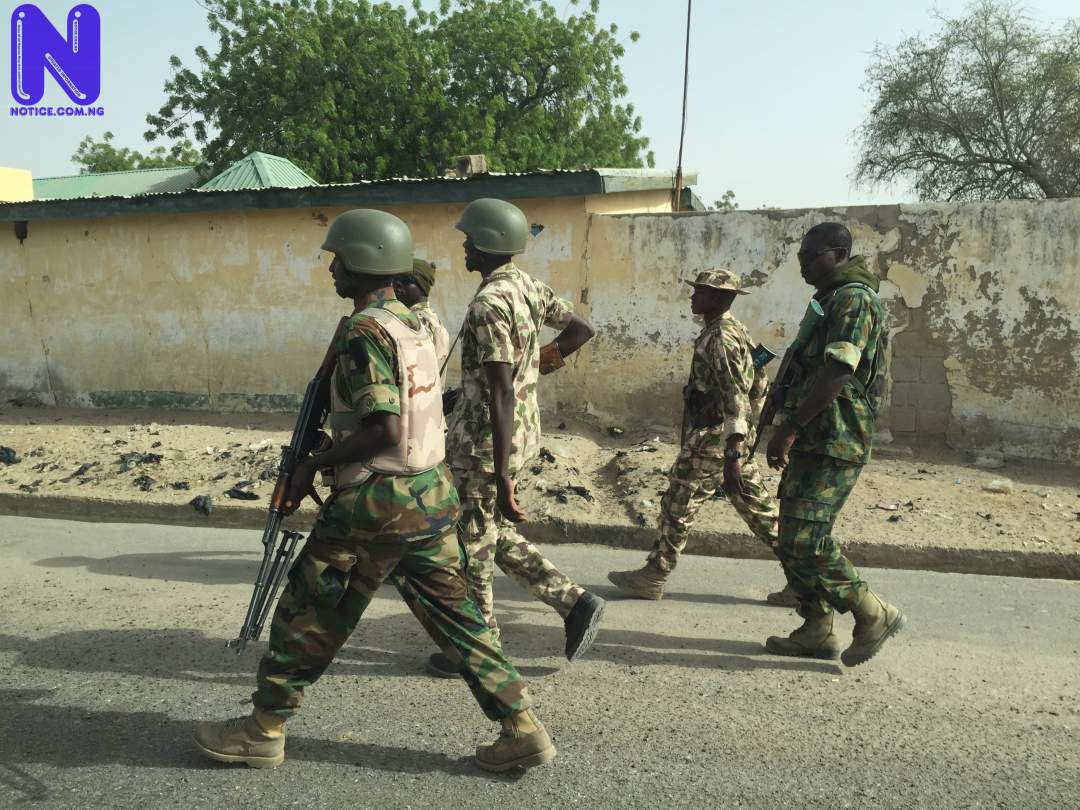 Troops of the 21 Amoured Brigade Bama have killed four Boko Haram terrorists when it invaded an illegal market established by the terrorists in the outskirt of Bama Local Government Area in the North East of Borno State.

The decisive victory was recorded against the terrorists on Monday when the troops came in contact with the insurgents at an illegal market in Dambia also known as Markas, while conducting clearance operations.

Sources told Zagazola Makama, a counter insurgency expert and security analyst in the Lake Chad, that the on sighting the troops, the terrorists opened fire but the insurgents were subdued by the troops.

“In the fierce encounter, four BH/ISWAP terrorists were instantly neutralised, while others, bowing to superior firepower retreated and ran to the forest,” he said.

The sources said that four women suspected to be wives of the terrorists were wounded during cross fire. They were, in spite of that, evacuated to Bama General Hospital for treatment.

The insurgents from Gazuwa camp continue to get support from their collaborators who supply them with food items, like maize, beans, salt, Maggi and other non food items like clothing, petrol and drugs.