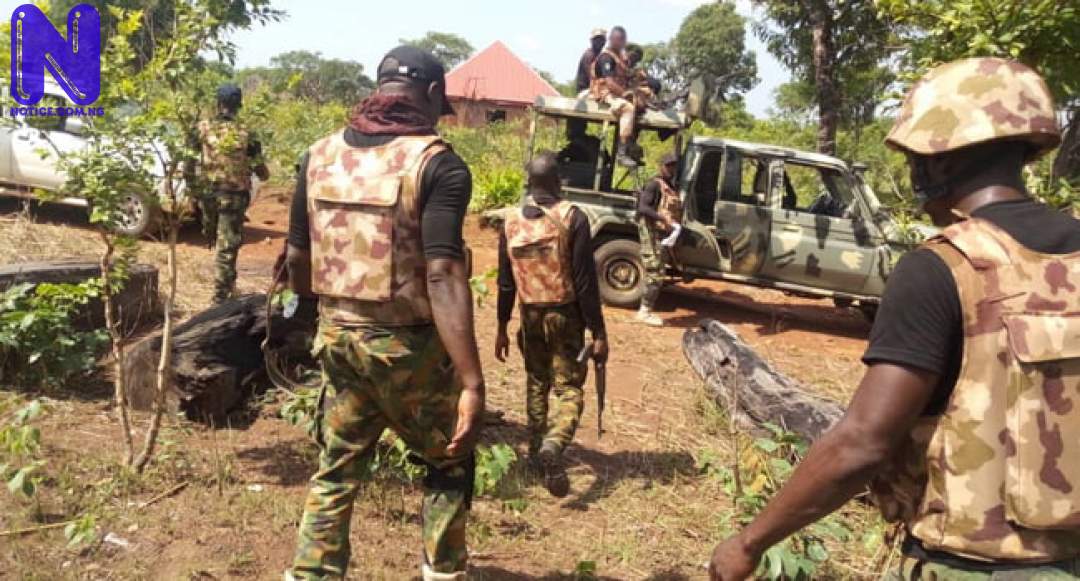 Troops of 202 battalions have taken custody of eight Boko Haram insurgents and their families, comprising 10 adult females and 22 children, who surrendered to troops at Ruwaza village in Bama Local Government Area of Borno state.

In a similar development, troops of the Forward Operational Base (FOB) operating along Bocobs- Bama road also arrested 20 Boko Haram fighters and their families, who surrendered to troops at Nbewa village, also in Bama Local Government Area of Borno state.

In a statement by Onyema Nwachukwu, Director Army Public Relations the surrendering families of the insurgents comprised 15 adult females and 26 children.

“The children among the surrendering suspects have been vaccinated with polio vaccines, while the adult and female suspects, who have been documented and screened are currently undergoing preliminary investigations.

“In a separate operation, troops of 73 Battalion, Forward Operating Base (FOB) in conjunction with a combined team of Civilian Joint Task Force (CJTF) and Hunters have intercepted a Boko Haram Terrorists Logistics Supplier during a fighting patrol along Molai – Damboa Road. On being alerted, the combined team swiftly mobilised and stormed the location, where they arrested the suspect, while he was perfecting plans to deliver logistics to the insurgents in the forest.” The statement said