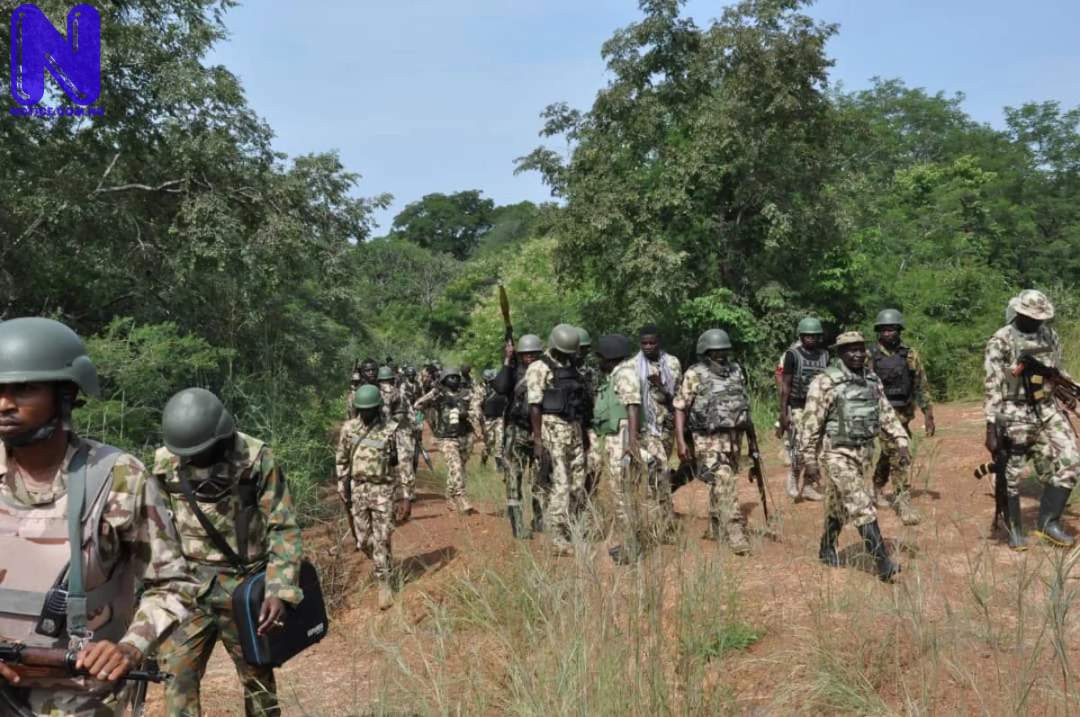 Troops of Operation Tura Takaibango have killed five Boko Haram terrorists in their attempt to overrun Abbagajiri and Dusula towns in Damboa Local Government Area of Borno.
Brig.-Gen. Benard Onyeuko, Acting Director, Defence Media Operations, disclosed this in a statement on Friday.
Onyeuko said the troops of the 402 Special Forces Task Force Brigade had on Wednesday, identified and encircled some terrorists’ enclaves at Abbagajiri and inflicted heavy casualties on them.
According to him, in the aftermath of the decisive encounter, five Boko Haram terrorists were neutralised while few others are believed to have escaped with gunshot wounds.
He added that troops also captured one Pulemyot Kalashnikova Tankovyy(PKT) gun, three AK-47 rifles, four extra AK-47 rifle magazines and a vulcanising machine.
Also, some Improvised Explosive Device (IED) making materials including the criminals’ hideouts and foodstuffs among others were also taken and destroyed.
He said the renewed onslaught against the remnants of Boko Haram/ISWAP criminals by the troops was indicative of the end of all criminal elements within the North-East.
He encouraged the troops of Operation Tura Takaibango and urged them not to relent but build on the successes recorded.