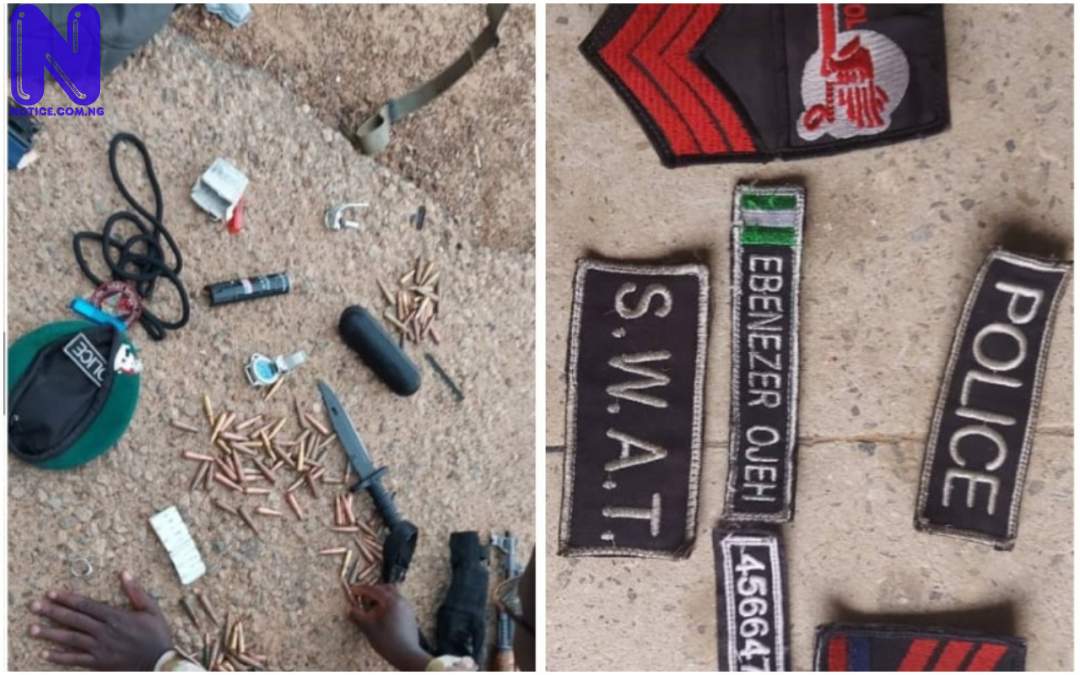 The troops of Operation Hadin Kai of the Nigerian military arrested a suspect, Ebenezer Ojeh, who claimed to be a Police Sergeant with SWAT, in Borno State.

Ojeh was caught at the weekend with ammunition and a grenade at a check-point along Maiduguri – Damaturu road.

Ojeh was stopped due to his suspicious behaviour after he boarded a Borno Express commercial going to Abuja, Nigeria’s capital.

A search of his bags revealed about 220 quantity rounds of 7.62mm Special, 1 hand grenade, a dagger and other items.

During interrogation, Ojeh claimed he was a personnel of the Police Special Weapon Tactical Team (SWAT), from the Mobile Police Force 19 Unit in Rivers State.

"Even though the uniform and tags bear Sergeant Ebenezer Ojeh with ID No 456647, we are yet to confirm his true identity and mission in Borno since he claimed to work in Rivers", an officer told PRNigeria.