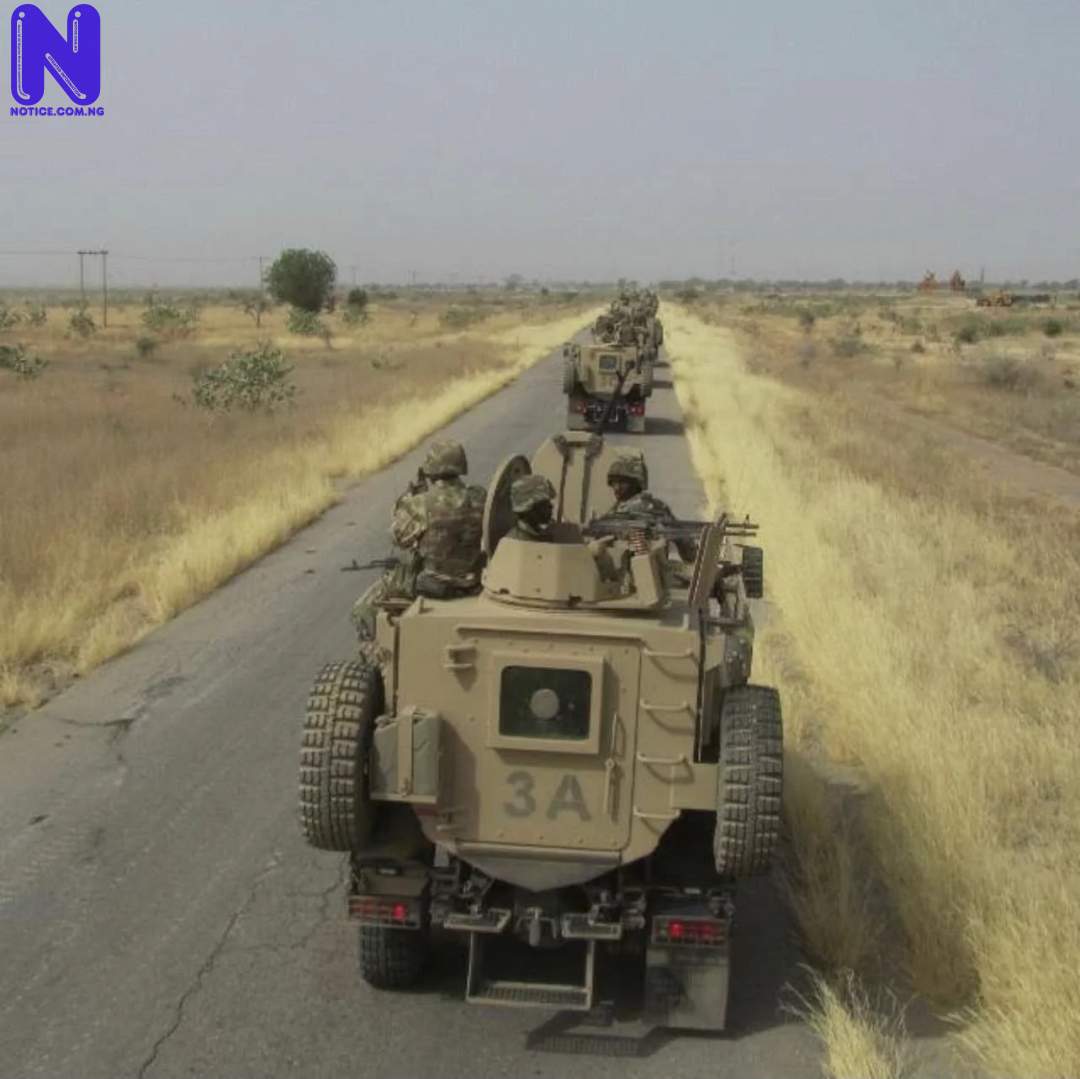 Nigerian troops have foiled another Boko Haram attempt to overrun Marte town in Borno State.
Special Forces ambushed and opened fire on the insurgents, who rode on motorcycles and gun trucks.
A military intelligence officer said no casualty was recorded on the troops’ side.
He confirmed that the 134 Special Forces Battalion on patrol around Ala, a community five kilometres away from Marte, responded.
A number of Boko Haram fighters were eliminated. One gun truck was destroyed.
Similarly, troops of 21 and 26 Brigades, together with the support of troops of the Multinational Joint Task Force (MNJTF), raided some villages.
Sharivabe, Sabsawa, Tafana, and Bula Murube, in Borno, were cleared in continuation of the aggressive operation at the Sambisa axis.
Apart from eliminating ISWAP terrorists, the troops rescued 13 women and 15 children.
Recall that Marte was recovered just over one week ago after insurgents occupied the area.