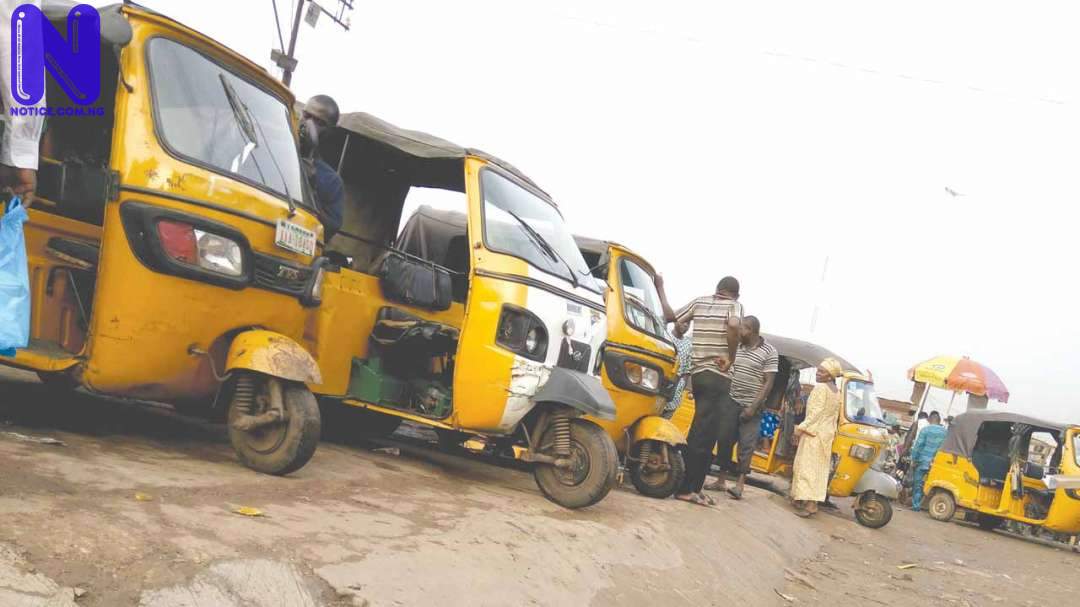 The Joint Kano State Tricycles Association has disowned the strike embarked upon by some of its members, expressing supports to the state government imposed N100 daily levy.
Leader of the union, Comrade Mansur Tanimu, told newsmen in Kano that, his association doubts the membership of those who embarked on the strike.
He said, ” the decision to collects N100 daily tax was reached actively with our consent after meetings with the Kano State Transport Agency management and some Security officials, therefore anybody who thinks otherwise, is alone in it”.
Tanimu further debunked allegations that the state was forcing members to pay N60,000 at once.
He explained that the members were asked to pay 27,000 yearly, tax of N16,000 or N100 daily, “and we agreed on N100 daily”.
This is even as the state Commissioner of Police, Mr. Sama’ila Shuaibu Dikko, confirmed that police and sister security agencies arrested a reasonable number of hoodlums who cause a nuisance on Kano streets in the guise of protesting the alleged hike of daily tax on Tricycle operators by the authorities of Kano Road Traffic Agency (KAROTA).
On Monday, the Tricycle operators stayed home in protest of the N100 daily tax, while some youths took to the streets purportedly protesting the governments’ decision to tax Tricycle operators.
While most residents were seen trekking long distances as a result of the one-day warning strike by Tricycle operators, jobless youths in some parts of the city mobilized themselves, blocking roads and causing heavy traffic for both commuters, motorists and pedestrians.
During his maiden press briefing on Monday, the new Commissioner of Police, who arrived in Kano on Friday, said security reports indicated that hoodlums took advantage of the situation to foment trouble.
He also confirmed to journalists that several arrests have been made. ”I can not ascertain the number of people arrested so far, but I can tell you that we have made arrests and within few hours, we will surely bring the situation under control. ”
He said the police was working with sister security agencies to bring the situation under control.
As at the time of filing this report, our correspondent who moved round the city observed that security agencies have brought the situation under control.