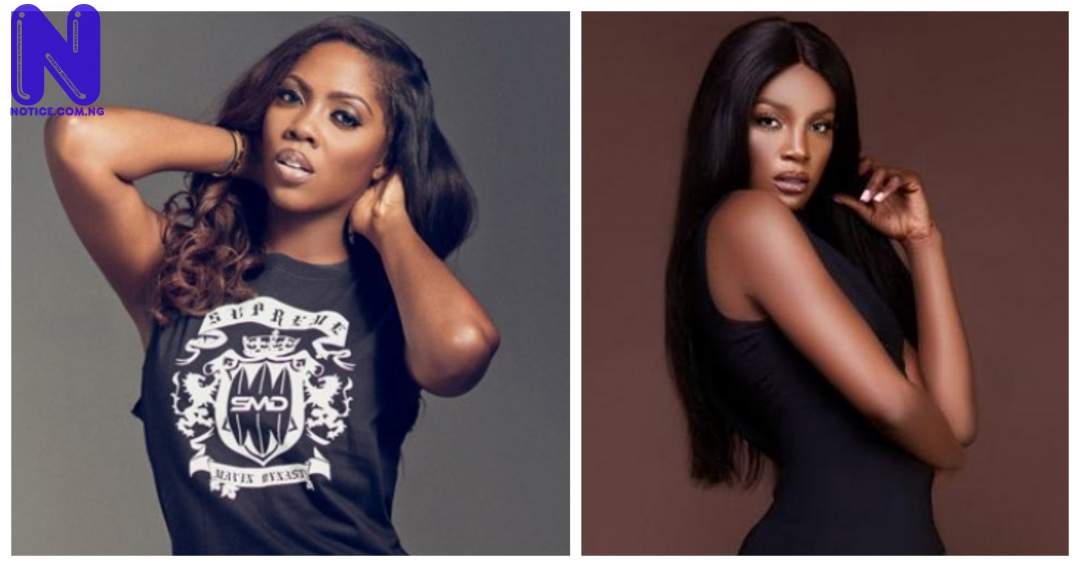 Two of Nigeria’s finest singers, Tiwa Savage and Seyi Shay, have been involved in a nasty fight in a salon in Lagos.

In a video, which is going viral online, they were seen being pulled apart from each other.

Seyi Shay had walked up to Tiwa to exchange pleasantries, a move that did not sit well with the mother of one.

DO YOU KNOW >>> Get the Sax, make some music – Wizkid replies Seun Kuti

According to her, she had not forgotten what Seyi and Victoria Kimani had done to her in the past.

In 2019, Seyi and Victoria released their covers of Kizz Daniel's hit song, ‘F**k You', where they had both dissed Tiwa Savage.

Victoria Kimani, in her part, accused Tiwa of prostitution and blocking her from a show.

"Don't come to me and think you can say hi with the dirty and disgusting spirit that you have. You think I have forgotten what you guys did? How many years ago? You and Victoria Kimani. You think I can forget?” Tiwa said.

In response, Seyi fired back, "The only reason why I greeted you is to try and squash all that is going on and to say sorry. I am not going to listen to this because you got your facts wrong.

Tiwa Savage reacts as fan tattoos name on chest "Tiwa, how about the things that you have done? You want me to open everything here? I am not like you. I am not going to do that. If you want to start acting up and acting like an "agbaya" right now, carry on."

The two female acts continued exchanging words and had to be pulled apart.