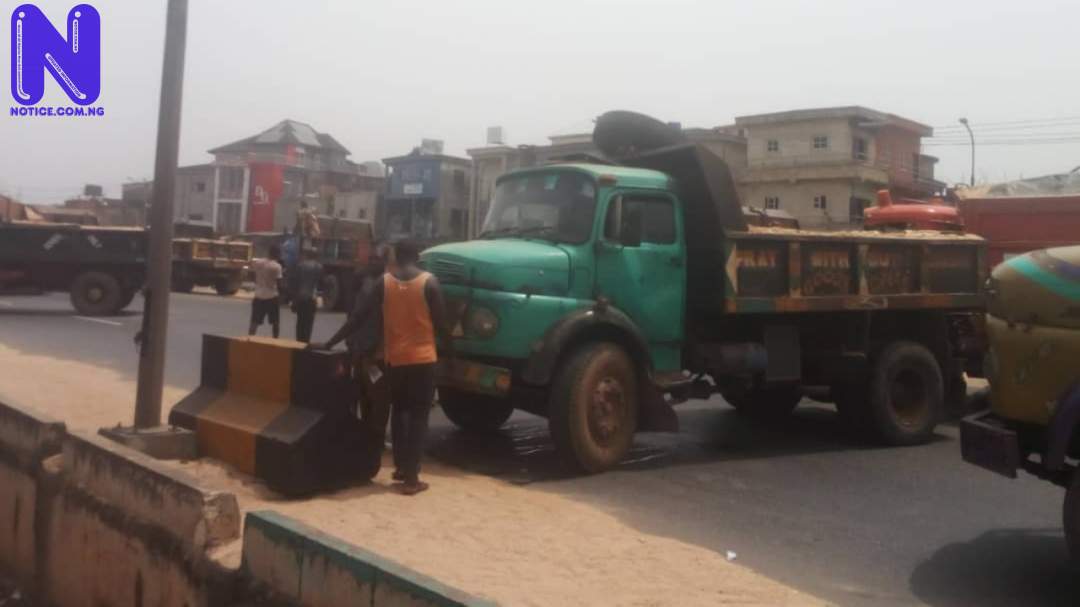 Commuters and motorists moving through Gusau-Sokoto Road have been stranded for several hours as some tipper drivers blocked the road to protest the arrest of their state chairman, Aminu Garba.
The protesters described the arrest of their State Chairman and some members by the Nigeria Security and Civil Defense Corps, (NSCDC) as illegal.
They noted that their action prompted the blockage of the road to register their grievances.
When contacted, the state chairman of the union, Alhaji Aminu Garba, said NSCDC operatives arrested some of his members and despite his plea for their release, it was refused.
But the state commandant of NSCDC, Shehu Abba, in spite of that, alleged that those arrested were suspected to have engaged in illegal mining, which informed the mobilization of some operatives of the corps to the site.
“Though the arrested persons have been released, they are expected to meet with the NSCDC personnel for further investigations,” he said.