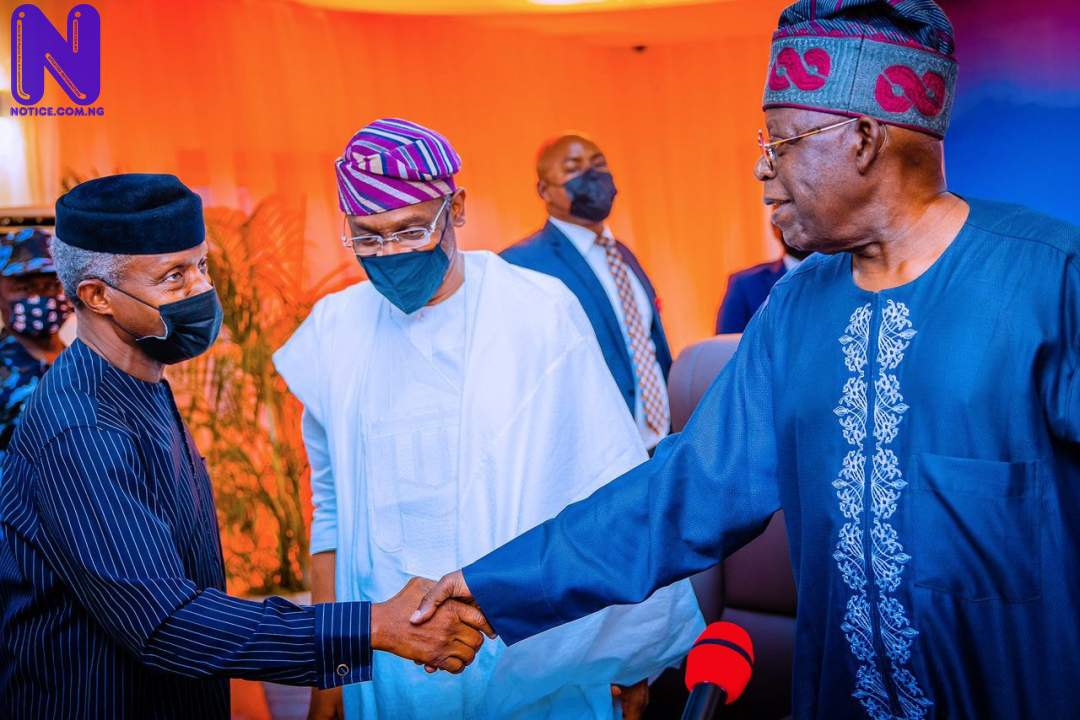 The All Progressives Congress, APC, presidential aspirants from the South-West on Friday, met at the Lagos House.

The meeting was attended by major presidential and governorship aspirants in the South-West and also other aspirants for the National Assembly.

Besides the Vice President, Yemi Osinbajo and Ex-Governor of Lagos State, Bola Tinubu, other participants at the meeting included the Ekiti State Governor, Kayode Fayemi; all of whom are APC presidential aspirants.

Also at the meeting, apart from the aspirants were the Ex-Governor of Lagos State and Works and Housing Minister Mr. Babatunde Fashola, Speaker of the House of Representatives, Mr Femi Gbajabiamila; Industry, Trade and Investment Minister, Chief Niyi Adebayo, Governors Rotimi Akeredolu of Ondo State, Dapo Abiodun of Ogun state; and Gboyega Oyetola of Osun state.

Speaking shortly after the meeting, a founding member of the All Progressives Congress, APC, Bisi Akande, said the South-West region is united and ready to produce the next president of Nigeria.