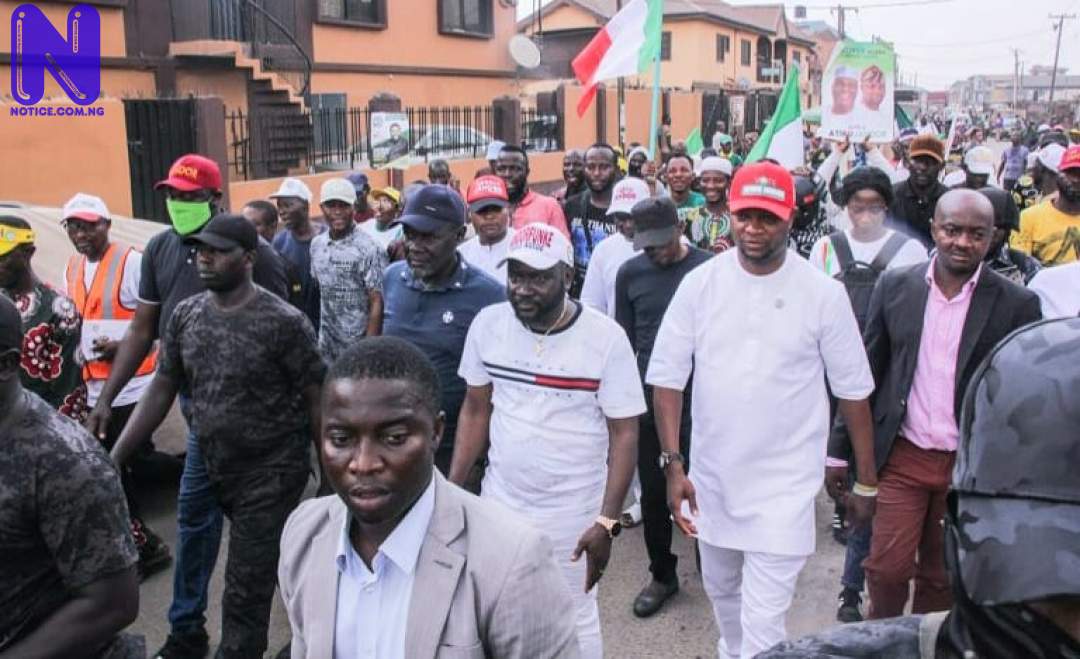 Jandor expressed frustration on Tuesday at a meeting with the Chief Imam at the Ketu Central Mosque.

The PDP flagbearer met the religious leader on the sideline of a scheduled tour of Kosofe Local Government Area.

He said earlier in the day, hoodlums attacked his convoy in Kosofe, stabbing a security operative.

Jandor lamented the recurrence of such across the state since he kicked off his campaign to 245 wards on October 19, 2022.

The candidate’s motorcade at different times in Badagry, Agege, among others,

Jandor vowed to continue the visits in his quest to rescue Lagos from the All Progressives Congress (APC).

He disclosed that also on Tuesday, his running mate, Funke Akindele was chased out of Kosofe Fruit markets.

The politician said the trend “is not healthy for democracy and the 2023 election”.