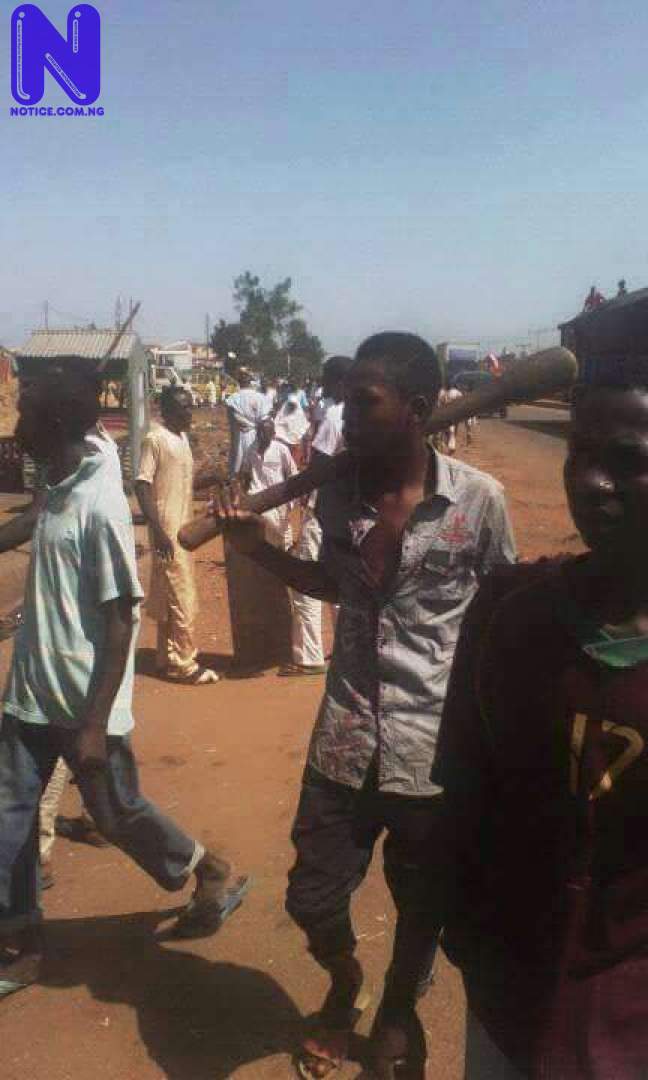 The election of executive members of the Benue State chapter of the Nigeria Labour Congress, NLC, which held yesterday at the Aminu Isa Kontagoral complex in Makurdi got interrupted by an unidentified thug who stormed the venue and shot sporadically into the air shortly after voting commenced.

The hoodlum was however apprehended but later got released by police officers on grounds yet to be ascertained.

Following the rude interruption at the venue, the election was cancelled. But unknown to most of the members of the congress, another poll was ongoing at Apir part of Makurdi, close to the Federal Medical Centre along Otukpo road.

A source, who spoke to Press, claimed that the thug decided to scare members of the congress away by shooting into the air when he realized that one of the candidates, Comrade Amya M was leading in the vote.

According to the source, who pleaded anonymity, “The election was interrupted by the thug when it was clear that Amya would win his opponent believed to have the backing of Governor Suswan.

“As far as we are concerned, this election was rigged because no one knew that another poll was organized at Apir that same day where Governor Suswam’s candidate was declared winner”.

Other members of the Congress were worried by the release of the thug who disrupted the voting process. They called on the Police to carry out proper investigation on the matter.