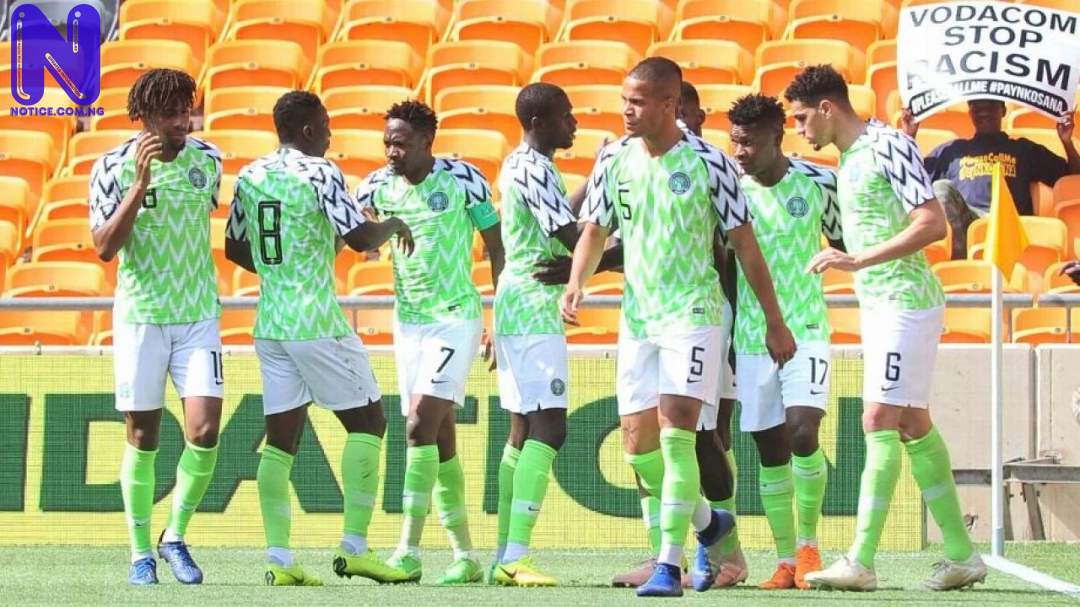 Nigeria’s Super Eagles drew 1-1 with the Carthage Eagles of Tunisia in Austria as both sides met in an international friendly on Tuesday.
The super Eagles got a better result against the Tunisians after losing 0-1 to Algeria’s solitary strike by Ramy Bensebaini in the 6th minute.
But Tunisia had a far better outing prior to their friendly with Nigeria, having beaten Sudan 3-0 on Friday.
Goals from Saif-Eddine Khaoui, Ali Maaloul and Anis Ben Slimane ensured that Tunisia came into the meeting against Nigeria with the utmost optimism.
They rallied back to hold Nigeria to a 1-1 draw even before the intermission.
Following the draw Press evaluates, the three significant lessons were observed (learnt) from the international friendly.
Iheanacho is back to reckoning
Nigeria star, Kelechi Iheanacho was on hand to slam the ball into the back of the net against Tunisia.
He made most of the good works from team skipper Ahmed Musa before giving Nigeria the 1-0 lead they deserve in the affair.
Iheanacho and Nigeria had to wait for 21st minutes to grab a goal on the night as the Leicester City man made his presence felt in transition.
It was Kelechi’s first goal on the international scene after years of goal-drought for Nigeria.
In an international career that began with a flood of goals but things went from bad to worse especially when he moved from Manchester City to Leicester City at the King Power Stadium.
But against the North Africans, he’s got the goal that eluded him for years. He and Nigerian People would hope for more as it will be key for his repute and career in the National team.
While soccer-loving Nigerian People will hope that he recaptures the golden moment and promises he’s shown at the u-17 level for the Golden
Eaglets in UAE 2013.
Rohr not good in friendly
The Super Eagles gaffer may be under intense criticism whatsoever from Nigerian People as expected always.
Failing to beat either Algeria (0-1 defeat) and Tunisia (1-1 draw) could spell more warning and scrutiny on the technical crew.
With the recent 180 minutes played against both North Africans and without a win, a lot could be deduced from the gaffer’s time in charge of the Super Eagles.
He’s not been good in friendly games at all as we have seen in all regards. Whether he was playing against Brazil, Uganda, Algeria, Ukraine and co he never won any of them.
He’s neither recorded a win even against Zimbabwe in Stephen Keshi Stadium Asaba and this should be taken more serious than saying that it’s just because it’s a friendly match.
Despite the fact that friendly matches are not meant for the sole aim of victory but achieving (recording) win in some of these games could be positive tonic ahead of the competitive games like the all-important African Cup of Nations qualifier for next month.
Eagles lacked midfield depth
The Super Eagles may have got the talent of Alex Iwobi to make do of in the Algeria and Tunisia friendly.
But the outcome of these two games and the level of performance we’ve seen has suggested that Iwobi (quality) alone is not enough to do the business for Nigeria.
He’s got to be equipped with quality addition, especially in the attacking midfield sect. He’s been featured alongside Frank Onyeka,
Mikel Agu while Samson Tijani came on for him with five minutes left to play against Algeria.
But the Eagles midfield needs more dynamism and structural platform en route to the final third.
That’s what could be lacking as was observed against the two North
African sides. The Super Eagles need the influx of Ovie Ejaria and Kelechi Nwakali in the team’s midfield.
While the chase for Eberechi Eze and Joshua Zirkzee should take another dimension (be intensified) with hope to capture them for Nigeria and make them available any time soon for the Super Eagles.