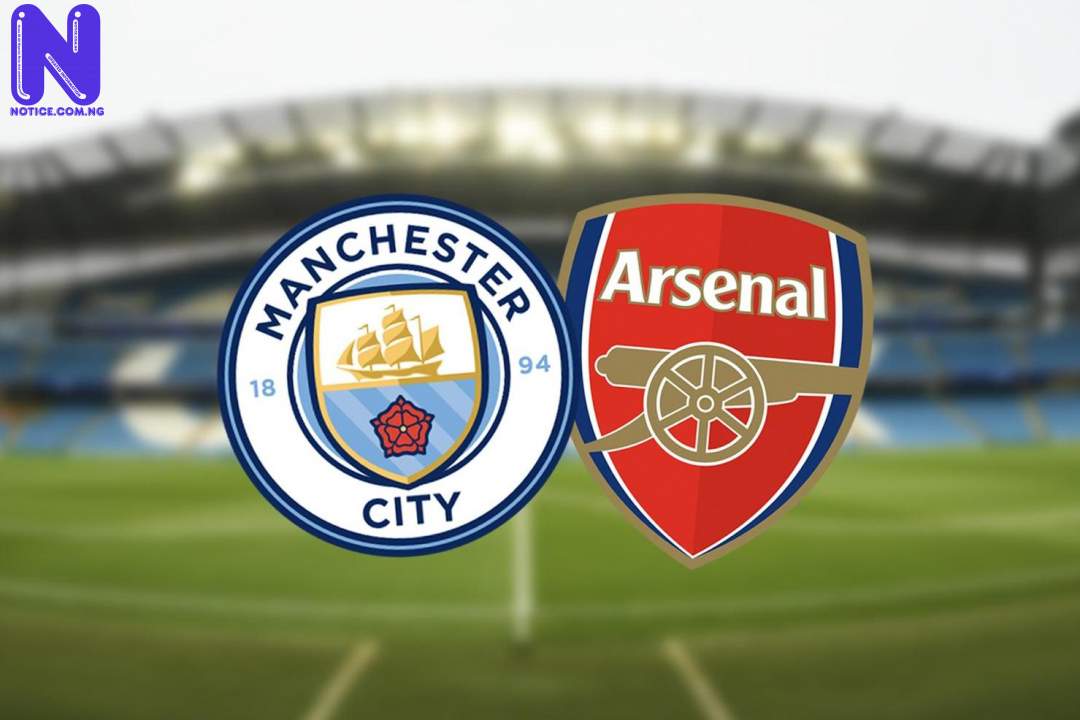 Pep Guardiola’s Manchester City takes on Mikel Arteta’s Arsenal as Premier League enters week five.
It promises to be a frenetic evening of football as both sides square up at the Etihad Stadium.
Both EPL giants would be fired up against each other as managerial dominance would also be in vogue in the contest.
With the clash getting closer by the minutes, there are things to expect from some of the best managers in the likes of Mikel Arteta and Pep Guardiola.
On this note, DAILY POS| evaluates the three(3) significant points to look forward to in the Manchester City/Arsenal match.
Pep Guardiola’s Attacking Proposition
The manager would be saddled with the task to present a formidable attack, which is capable of doing the business against the improved Arsenal defence.
While Arteta must line-up the defensive pair of David Luiz and Gabriel Magalhaes, Guardiola should find the means to outwit the opposing defence.
This has even been made tough following the absence of the striking pair of Sergio ‘Kun’ Aguero and Gabriel Jesus as the game may have come too soon for their return.
It will be interesting to see how the Spaniard sets up his striking options when they go against the Arsenal defence.
Thomas Partey Possible Debut
The Ghanaian International was captured by the Arsenal side on the transfer deadline day as much expectation will be tending towards his direction.
He was away on international duty with his county Ghana playing in friendly matches against Mali and World Cup host Qatar.
But the match against Manchester City will be on another level as it is not on a friendly basis.
The nature of expectation ahead of this crunch match will make it really intriguing as to whether the African midfielder will make his début.
He’s been likened to Ex-Ghana and Chelsea midfield legend Michael Essien. His quality would be key while his appearance will be highly anticipated against the ball-playing Manchester City side.
He will help the Gunners recover possession in what could be a day to remember for the Ex-Athletico Madrid star.
Undue Absence Of Kevin De Bruyne
The Citizens could be without the talent of Belgian star Kevin De Bruyne as they get set to confront the London side at the Etihad Stadium.
Guardiola would now have to deal with his absence thus fixing square pegs in square holes in the form of a possible replacement.
The home side will miss Kevin De Bruyne ahead of the match and this may be to Arsenal’s advantage.
But it could be proven that Ikay Gundogan needs to file out on the pitch against the Gunners.
The German would likely be made to start in the midfield alongside Phil Foden and Rodri. But it may be tough to ignore the effect of Kevin De Bruyne’s absence.
The Belgian International has thrived against Arsenal more than any Premier League side he has played against. He scored three times against Mikel Arteta’s Arsenal side last season.