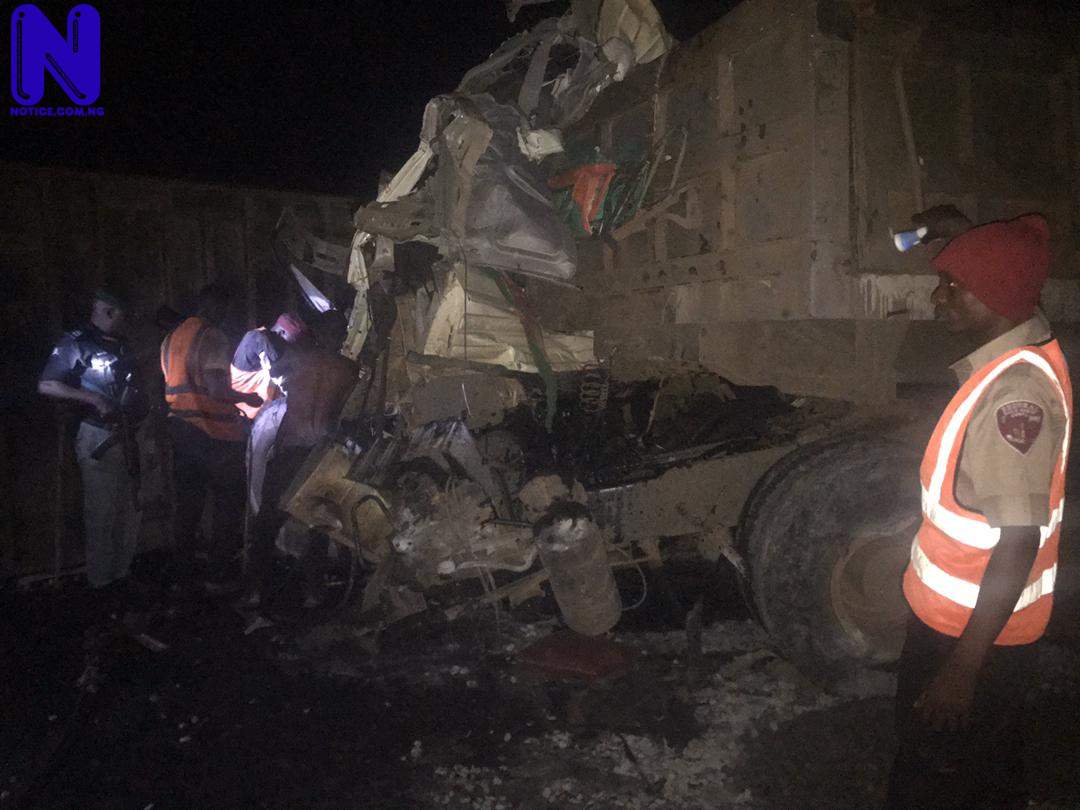 Three persons travelling at night have died in an accident along the Lagos-Ibadan highway on Wednesday.

The road crash, Press learnt, occurred around 3:15am at Mile 12 Market, Ogere axis of Ogun State.

Seven persons were involved in the crash, one of whom was a woman, it was learnt.

While three of the six men died, other passengers, including the female adult were rescued unhurt.

The Federal Road Safety Corps (FRSC) confirmed the incident, saying the incident was caused by one of the trucks.

READ ALSO >>> I was not convicted for fraud - Ogun PDP senatorial candidate, Aderinokun

"The suspected causes of the multiple crash were excessive speed and dangerous driving on the part of one of the truck drivers, who was trying to negotiate a turning point and the other truck coming from Ibadan with high speed rammed into the vehicle," Ogun FRSC spokesperson, Florence Okpe said.

Okpe disclosed that corpses of the deceased victims had been deposited at the FOS, Ipara.

She added that the crash obstructed the highway, leading to traffic diversion being managed by FRSC personnel, who are making efforts to remove the obstruction away from the road.

Meanwhile, the Ogun FRSC Sector Commander, Ahmed Umar has again warned on the dangers of speed, especially at night when visibility is poor.

Umar cautioned motorists to avoid night travels, pointing out the dangers associated with it.

While advising motorists to drive cautiously, the FRSC boss commiserated with the families of the crash victims, telling them to contact the FRSC in Ogere for details of the crash.