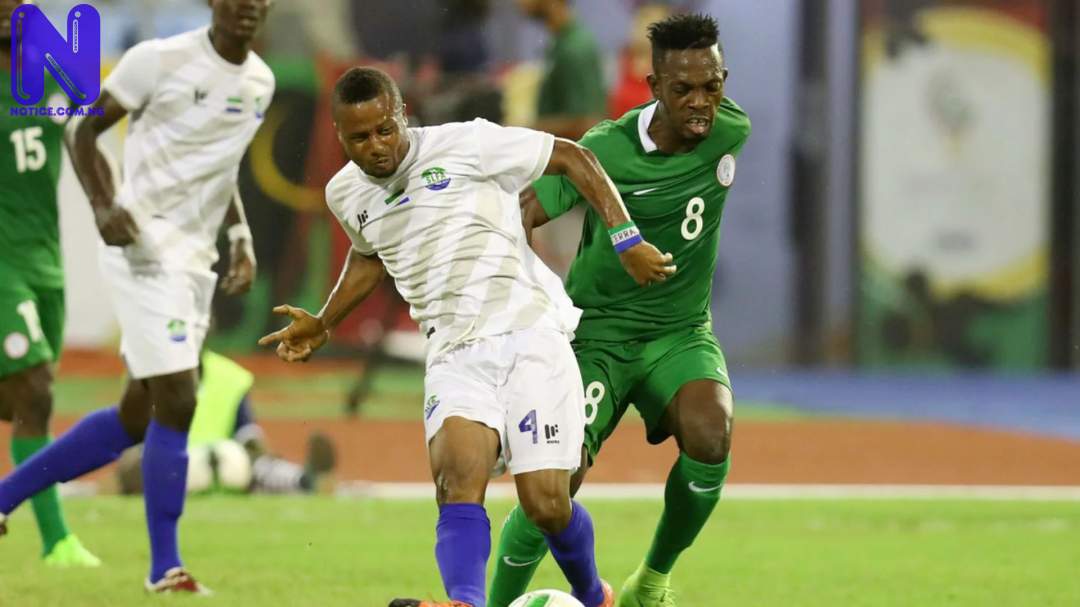 The Super Eagles would lock horns with the Leone Star’s this Friday as the AFCON games begin.
The Rohr’s led side would be aiming for a win while Sierra Leone would be visiting with their own game plan for this match.
The West African giants would be expected to deliver the 3 points as it gets set to play host to the Leone Stars.
Here, Press highlights the three significant questions to take note of as the AFCON match gets underway.
Who starts in the defence?
The Nigeria defence has been blessed in all regards as we’ve seen the latest addition of Kevin Akpoguma in the Eagles mix.
He has switched his allegiance to play for Nigeria after much stories in the media.
Nigeria would have a decent crop of players to choose from in the Eagles defence. And this could be much to the delight of the Nigerian boss Gernot Rohr who deserves credit for scouting for options in the Nigerian defence.
Though Kenneth Omeruo is said to be out of this tie, the likes of Zaidu Sanusi, William Troost-Ekong, Semi Ajayi and co makes the Nigerian defence rich in quality. And it will be a case study to see the players Rohr will pick especially as Tyronne Ebuehi and Chidozie Awaziem are waiting in the stands.
Who can bring creativity in midfield?
The creativity aspect has been a long dilemma in the Nigerian midfield. The Nation may have produced talented midfield players in the past but the team’s need of authority and flair in midfield would be high as to who responds to this regards.
Players like Austin Okocha, Christian Obodo and Chelsea retired star John Obi Mikel have honed their skills in the Super Eagles midfield and it would be exciting to see someone take on that responsibility with boldness.
The onus would lie on Joe Aribo, Oghenekaro Etebo and Ex-Arsenal man Alex Iwobi as the Ex-duly returned in time for this fixture against Sierra Leone.
The attacking setup
The attack is a great area that Nigeria Super Eagles would love to mention. The attacking position of Nigeria is brimming with quality as we look forwards to a positive venture for Nigeria.
But Gernot Rohr must be strategic and tactically smart while picking his attacking options for the game against Sierra Leone. He must be wise enough in fielding playing personnel that can fit into the midfield system upfront. The fact that the team struggled to find the net against Algeria and Tunisia call for more caution and evaluation as Rohr names his team set-up in the attack.
But expectations could be high among Nigeria owing to the availability of the likes of Victor Osimhen, Chidera Ejuke and Emmanuel Dennis ahead of the match as kick-off looms in earnest.