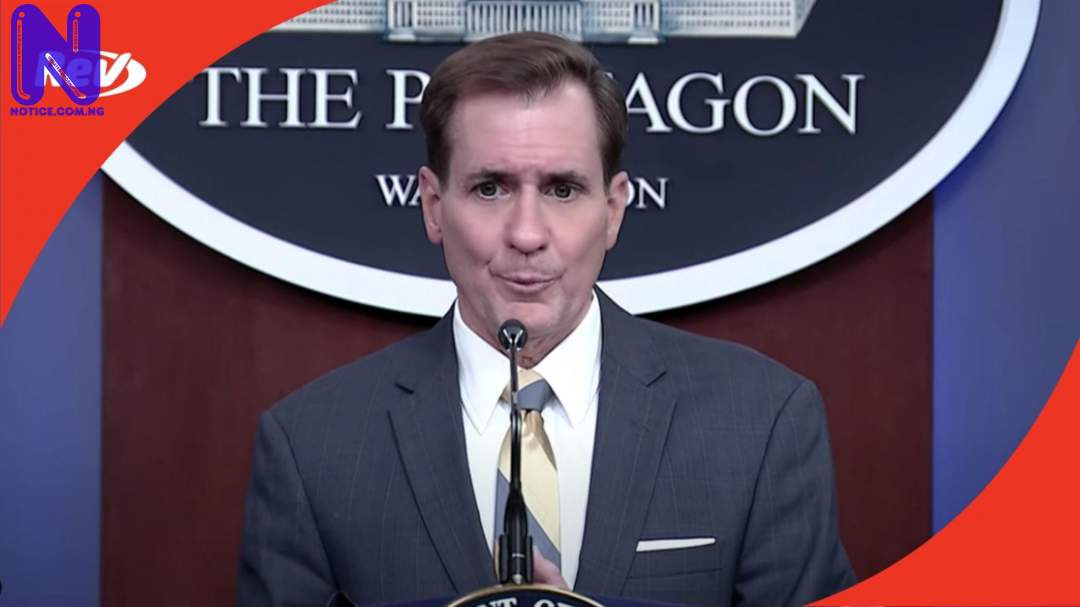 The Pentagon on Thursday night denied providing targeting information to Ukraine to sink the Moskva, a Russian guided-missile cruiser that was the flagship of Moscow’s fleet in the Black Sea.

According to Kirby, the Ukrainians have their own intelligence capabilities, adding that the US was not involved in their decision to strike the ship.

“We didn’t provide Ukraine with specific targeting information for the Moskva,” Kirby said.

“We were not involved in the Ukrainians’ decision to strike the ship or in the operation they carried out. We had no prior knowledge of Ukraine’s intent to target the ship.”

Kirby added, “The Ukrainians have their own intelligence capabilities to track and target Russian naval vessels, as they did in this case.”

Recall that Ukraine had claimed to have struck the Russian ship with two Neptune anti-ship missiles last month.

The ship then sank as it was being towed back to port for repairs.

However, Russia said the damage to the ship was the result of the detonation of ammunition.

Recall that the war between Russia and Ukraine began in February.

Several casualties have since been recorded as a result of the war.

Russian President, Vladimir Putin, had ordered the invasion of Ukraine because of some political differences between both countries.