The traveling president and a nation at a standstill - Dara Adenekan 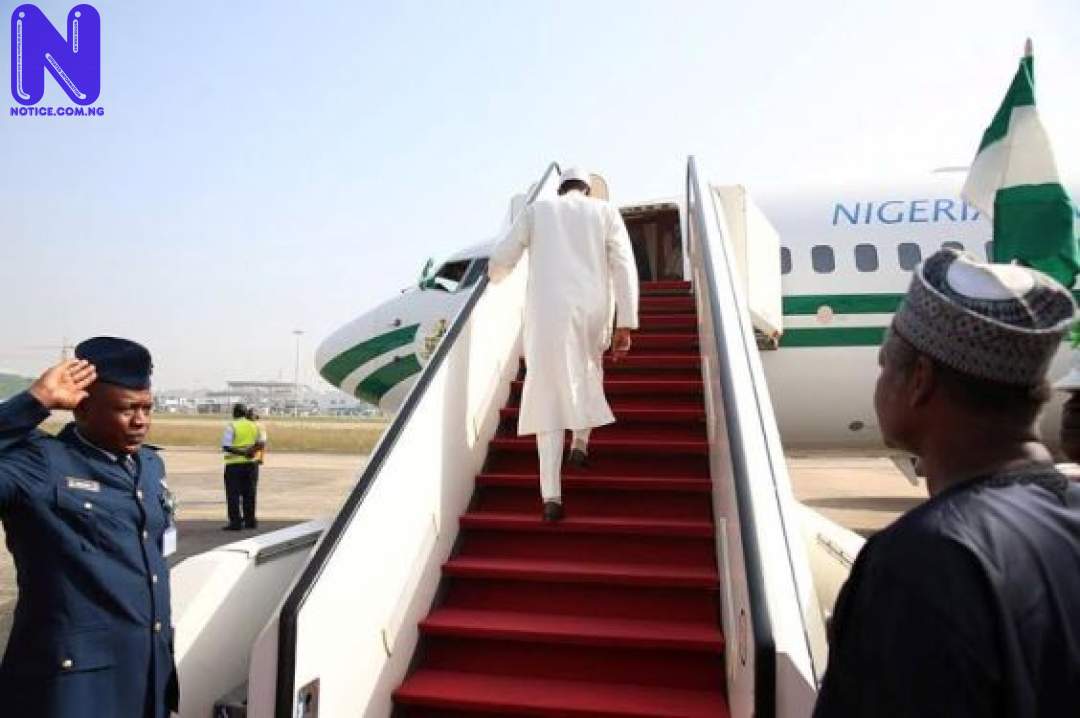 It’s no longer news that the present economic performance of the country is at an all-time low. The sky-rocketing rate of inflation is so appalling that one starts to ask himself, how did we come this far? Ranging from the shameful rise in the exchange rate of the dollar to the naira, the frequent fuel scarcity and long queues of automobiles that besiege the feeling stations, adding to the already annoying traffic congestion in urban areas, to the pocket tearing inflation rate and rise in the cost of every commodity, including our locally produced garri and sachet water, it is obvious that our economy is bleeding and in need of a quick and thorough surgical operation. Perhaps, a first aid treatment will do for now.

There are two interesting hashtags trending on social media recently that relate with the topic and concern of this article: #WakaWakaBuhari and #BringBackOurCorruption. Through these hashtags Nigerian People have been lamenting the present bedridden state of the Nigerian Economy and what they perceive as the lackadaisical attitude of the Commander-in-Chief. While one may be quick to dismiss the second hashtag — #BringBackOurCorruption says as myopic and mediocre, we cannot ignore the disturbing irony it represents and portrays; the irony of the present state of the Nigerian economy and the popular pre-election mantra of change. Talking about #WakaWakaBuhari, it’s interesting to discover that President Muhammadu Buhari is being accused of the same act of “excessive and frivolous” traveling which he campaigned against during Obasanjo and Jonathan’s regimes. in spite of that, someone should tell Buhari that while he is busy globetrotting and spending two billion naira to maintain Presidential jets within six months and budgeting about one billion for the acquisition and maintenance of his automobile fleet Nigerian People are suffering and waiting for the fulfilment of his campaign promises.

During the 2008 Obama Campaign the two major slogans of that campaign were “Yes we can” and “The change we need.” The circumstances that surrounded the American presidential election of that year are in many ways similar to those of the Nigerian presidential election of 2015. Both nations were facing serious security threats and economic setback. in spite of that, one major difference between the Obama Change campaign and the APC/Buhari change campaign was that the latter and her supporters failed to define the change we wanted. While Americans chanted “The change we need,” Nigerian People simply chanted “Change.” The popular sarcasm that now describes the present state of the Nigerian state is “Yes, change has come.” But is it the change we need? Is it the change we wanted?

I had the opportunity of engaging in a political discussion with a group of colleagues about the state of the nation. While arguments and counter arguments raged on, a friend said and I quote, “If elections were to be held today and I am presented with the options of either voting GEJ or Buhari, I will vote Buhari over and over again.” That is how solid and unshaking the confidence Nigerian People have in this administration is. Obviously the administration is yet to live up to those confidence and expectations. But there are a handful of Nigerian People who are still very hopeful that the light will appear at the end of the tunnel. At another time, after a colleague had painstakingly enumerated the different challenges Nigerian People are facing under the present administration and ended his long statement with the question, “Is this what you call change?”, another colleague was quick to say, “Yes, leave it. We like it like that.” The question that I found hovering over my flabbergasted mind was: do we actually like it like that or we have willingly lost ourselves in a self-destructive effort of justifying the outcome of a decision we made about a year ago?

The administration has made some giant strides in fighting the Boko-haram insurgency, but the suffering of Nigerian People has increased in the last six months. I thought I knew what fuel scarcity meant until this government came to power. Before now the queues we used to experience at the filling station are that of vehicles and people with kegs. Now people queue up with their power generators. Since the power supply in the country is now at an all-time low, business owners find themselves in a pathetic situation where they have to carry their power generators about looking for fuel. It’s now the case where you can’t have the electricity that you paid exorbitant amount for and you still can’t buy fuel to power your generator. Gone are the days when instances of fuel scarcity used to trend on the social media and you will find people expressing their grievances and disappointment in the government. These days people are even tired of talking about it. It is no longer something unusual. It has become a part and parcel of our life as a nation.

Senator Ben Murray Bruce, the common sense senator and fast rising twitter celebrity and legislator, recently reposted a tweet of President Muhammadu Buhari during the last presidential campaign. In the tweet that went viral on the internet, the then presidential aspirant said, “The countless man hour that will be spent at petrol stations today, will reduce our productivity as a nation. This should not be so.” Maybe someone needs to tell Buhari that Nigerian People now spend more hours at the filling station than they have ever done. Fuel scarcity and queues at the filling station have become so frequent that it has now become a part of our everyday life as a people. We have moved from scarcity usually during the festive period to fuel scarcity every other week. I would say that’s a landslide achievement if you ask me.

After listening to the president’s recent interview with Aljazeera I discovered that Buhari may not really understand the weight and gravity of the recent rise in the value of the dollar against the naira on Nigerian People. I have lost count of the number of retailers who have had to close their shops recently in my area due to the high price of goods and services and the devastating economic realities of “the largest economy in Africa,” realities that have now gotten worse under the watch of the present administration. I can imagine the disappointment on the poor women’s faces when they heard Buhari say, “Those who can afford it should afford it.” Well, the lack of electrical power supply may have saved them from having such insult added to their already sustained injury.

Yes, change is a gradual process, but do we have to suffer meaninglessly and aimlessly to achieve change and progress as a nation? I am sure incessant fuel scarcity is not part of the change process. That’s only a symptom of obvious incompetence. The recent harsh financial policy of the government to mitigate the rise in the price of the dollar against the naira has more negative effect on the middle class and lower class than it has on the high class in the society. Buhari and other well privileged Nigerian People can still afford to send their children to school abroad. The importation business moguls can still afford to import goods from foreign countries, Nigerian People will be the ones to pay double the Ex-price. That’s why this government must stop looking at national issues from only her narrow myopic perspectives and think of the devastating effect these policies will have on the less privileged Nigerian People on whose wings it rose to power. Government has to be efficiently proactive.

Dara Adenekan is a creative writer, editor, public commentator, and a trained linguist. He works as a freelance writer. He can be reached by email HERE. He also tweets from @dara_adenekan1.