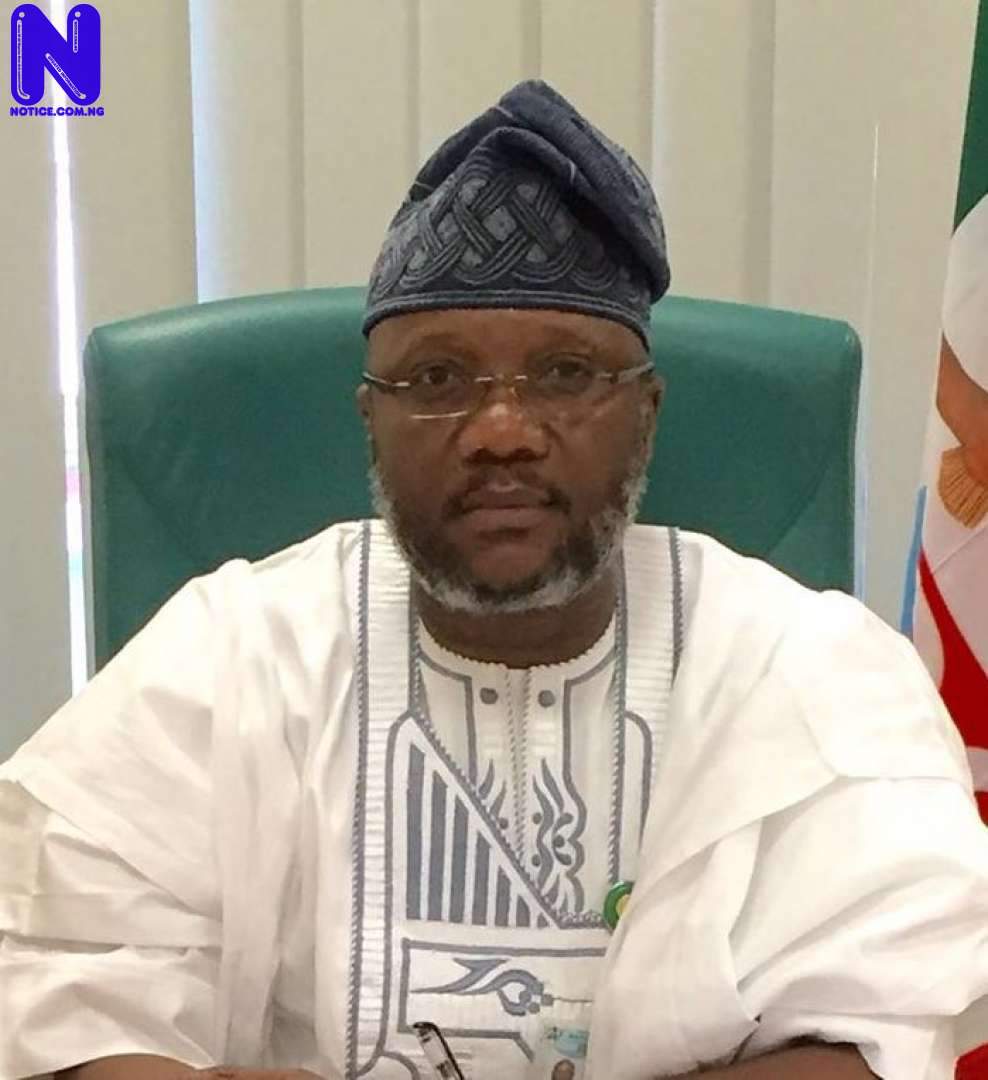 A governorship candidate in Ogun State, Hon. Adekunle Akinlade, has reacted to a viral video wherein Governor Dapo Abiodun was seen stumbling over errorsas he was being recorded for a scheduled television broadcast.

Press reports that as the video surfaced on social media on Wednesday, many Nigerian People have reacted to it differently.

While some are bothered about how the video hit the media space, another set of people lauded the governor for having the skill to correct the speech written for him.

But, there are many who blamed the governor for his failure to proofread his speech before appearing before the camera.

In his own reaction, Akinlade slammed those "celebrating" the leaked video of Abiodun prepping before a broadcast.

The Ex-House of House of Reps member noted that "what the video shows is a man who identified errors in a prepared speech and went ahead to correct same on the spot."

According to him, the same people would have castigated Abiodun if he had presented a flawed speech.

A statement made available to Press by his media aide, Adelani Azeez, read inter alia: "Although, we do not share the same vision for the State which is based on principles, we both share a common heritage which is Ogun State". So to encourage or join anyone in making jest of him is as good as making jest of Ogun State and by extension, ourselves.

"All over the world, leaders and heads of governments do what we call "preps" before any live broadcast. We have bigger issues confronting us as a people. Bandits are kidnapping and raping our women, killer herdsmen are ravaging our lands across Ogun West, men of the Nigerian Customs Services are killing us unabated, road infrastructures are collapsing across the State, and we are here reposting PDA's prep video.

"My dear good people of Ogun State, we cannot afford to take our eyes off the ball. Considering how we got here, it is almost understandable for us to "celebrate" any slip by our tormentors but in the end, it is our determination and victory that will heal our pains, not their sorrow.

"We must as a people call upon the government to stand up to its responsibilities by providing adequate security for us. We must be vigilant and steadfast in our resolve to survive this mayhem enveloping our lands. Ogun State is all we have, preserving it should be a collective effort. God bless us all," he submitted.